Eastern Washington beat Montana 69-65 for the Big Sky Conference’s automatic bid to the NCAA tourney, while Seattle U lost big to New Mexico State in the WAC tourney final. 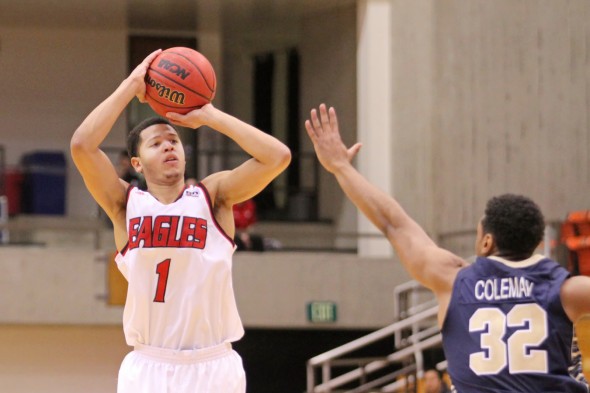 The axis of college hoops in the Northwest is the 16 miles between Spokane and Cheney.

Eastern Washington University (26-8) earned the Big Sky Conference’s automatic bid with a 69-65 triumph over Montana in Missoula Saturday to join Gonzaga (32-2), the West Coast Conference champions, in the 68-team NCAA Tournament field that will be selected Sunday (CBS, 3 p.m.).

Meanwhile, the state’s largest programs, Washington and Washington State, will sit out the Big Dance. Again.

In Las Vegas Saturday night, Seattle University’s upstart bid for the tourney came crashing down in the Western Athletic Conference title game. Regular-season WAC champion New Mexico State was in charge from start and won 80-61, ending the unlikely shot of the Redhawks (16-15), which won the school’s first postseason games since 1964 Thursday and Friday to get to the final.

In the Pac-12, Arizona won its first Pac-12 tourney title in 13 years with an 80-52 walkover of Oregon, which also is likely to get an at-large bid.

“We’ve worked a long time for this moment right here,” Harvey said. “It’s just nice to come out on top . . . You dream about this moment when you’re a kid. Just to be in that moment, seeing that confetti, it’s like something you watch on TV.”

Eastern will make its second tourney appearance in school history (first was in 2004).

Former University of Washington recruit Martin Breunig led Montana (20-12) with 23 points and 17 rebounds. It was the first time in five Big Sky Conference title matchups with Eastern that the Grizzlies lost.