In Lloyd McClendon’s view, Safeco Field isn’t a bad ballpark for hitters. It’s a ballpark that has has seen its share of bad hitters. But that’s about to change. 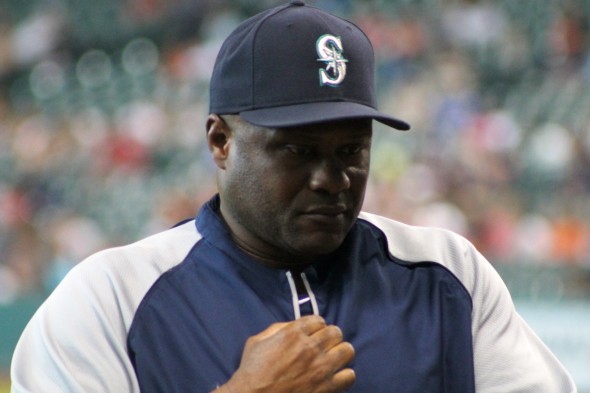 Despite statistical evidence to the contrary, Mariners manager Lloyd McClendon doesn’t buy into the idea that Safeco Field is a poor park for hitters.

“It’s false,” McClendon told reporters Thursday. “I mean that. Go to Comerica (Detroit) if you want to see a big ballpark. It’s 430 (feet to) straightway center and 415 in right-center. Safeco (deepest point of the park is 405 feet) is not a big place.”

Two years ago, in a move many believed long overdue, the Mariners shortened the fences at Safeco Field, bringing them in from four to 17 feet and standardizing the height of the outfield wall at eight feet. This hasn’t exactly been a boon to Seattle hitters.

According to McClendon, the anemic numbers are not so much the result of Safeco being a poor hitters park as it is the fact that Seattle has featured poor hitters playing at Safeco, the lightly missed Justin Smoak popping immediately to mind.

McClendon had a colorful way of describing Seattle’s poor stats at Safeco.

“It looks big when you’ve got guys that have their puppy muscles. When they get their man muscles, it becomes small. It’ll be small for us now, trust me.”

Getting a start at designated hitter, Mike Zunino crushed two home runs in Friday’s 4-4 tie with the Texas Rangers in Surprise, AZ.  Zunino ripped a solo shot off Jon Edwards in the fourth inning and a two-run blast off Spencer Patton in the sixth, finishing 2-for-3.

Texas trailed 3-2 in the seventh before Mitch Moreland cracked a two-run homer off Tom Wilhelmsen. The Mariners tied the game in the eighth on a homer by Alex Jackson, Seattle’s 19-year-old 2014 first-round pick out of Rancho Bernado (CA.) High School.

Felix Hernandez will pitch Saturday against the Cubs. James Paxton will make his spring debut Sunday against the Rangers in Peoria . . . Hisashi Iwakuma will throw a simulated game Monday against minor leaguers rather than face the AL West rival Angels.

The Mariners think Seth Smith will help them break a vital run-scoring barrier, writes Bob Condotta of The Seattle Times.

Justin Ruggiano is likely to see time at all three outfield positions this season, according to the News Tribune’s Bob Dutton.

Taijuan Walker doesn’t have a spot in the rotation secured yet, but it’s hard to argue with his dozen shutout innings in four spring starts.