After spate of injuries, Paxton ready to make case

The Mariners are among the favorites to win the AL West, but a key is the health of lefty James Paxton, who will begin the season as the No. 4 starter in the rotation. 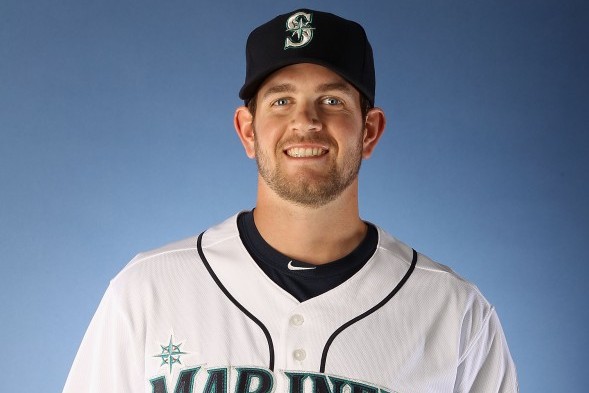 James Paxton has allowed only 75 hits in 98 major league innings.

“Over the last several years,” Zduriencik told USA Today, “opposing managers and other people that would watch our club would make comments like, ‘Hey, hang in there. This is a good group of young kids. You have some power arms, some really good young pitching. If this all comes together, you have a chance to be pretty good.’

“The key is health and maturation. The pitchers have to develop. How quickly they develop is going to be a key.”

A specific key is LHP James Paxton, slated to begin the season in the No. 4 slot in the rotation behind Hernandez, Hisashi Iwakuma and newcomer J.A. Happ, acquired over the winter from Toronto in a trade for OF Michael Saunders.

A lefty, Paxton has allowed only 75 hits in 98 major league innings — without adding a pitch. He went 3-0 with a 1.50 ERA in four September 2013 starts and 6-4 with a 3.04 ERA in 13 starts last year. Scouts are lathered about his potential, but also concerned about his ability to stay healthy.

After beginning last season 2-0 with a 2.76 ERA in three starts, Paxton strained a shoulder muscle. That injury landed him on the 60-day disabled list and forced him to miss nearly four months.

Paxton had a minor setback early in camp this year when he slightly injured his left forearm after he tripped and landed hard during a drill. He reports there is no pain now and returned to the mound Tuesday by pitching three innings in a simulated game against minor leaguers.

Now he’s ready for the real thing. Paxton will make his Cactus League debut Sunday against the Texas Rangers.

“It was fun to get back out there and have that feeling again,” said Paxton, who has been working on a second version of his changeup that he envisions as his “swing and miss pitch.”

“I felt really good out there. When the season starts, I’ll be ready. Absolutely.”

Chicago jumped on Mariners ace Felix Hernandez for six runs on six hits in 2.2 innings, but following a Seattle rally the Cubs held on to win in front of 15,323 at Sloan Park in Mesa, AZ. Saturday. With the Marines trailing 11-7, Austin Wilson, Seattle’s second-round draft pick out of Stanford in 2013, blasted a three-run homer to cut the Cubs’ lead to 11-10. But Chicago added an insurance run in the eighth, dropping the Mariners’ Cactus League record to 8-8-2.

Nelson Cruz reached base in all three of his plate appearances, hitting a home run in the third inning.  He also had a sacrifice fly and three RBIs.

When Paxton makes his debut Sunday in a 1:05 p.m. contest against the Texas Rangers, he’ll face RHP Yovani Gallardo . . . RHP Erasmo Ramirez will follow Paxton Monday opposite RHP Matt Shoemaker of the Angels . . . The Mariners passed the midpoint of their spring schedule with 17 down and 15 to play . . . The Mariners have pounded 15 home runs by 12 players this spring. Brad Miller and Mike Zunino lead with two each . . . The Mariners are batting .301, second in the Cactus League behind the Angels’ .304 . . . Traditionally a slow starter, Dustin Ackley is batting .455 (10-for-22) . . . When the Mariners sent Jesus Montero to Tacoma Friday, he was hitting .200 (3-for-15) . . . With two home runs Friday, Zunino jacked his spring average to .348.

USA Today’s Paul White writes about why Zduriencik is so bullish about Seattle’s rotation.

Alex Jackson, Seattle’s No. 1 draft pick last year, won’t be with the Mariners when they break camp, but the 19-year-old provided a glimpse of the future with his first spring training home run, writes Greg Johns of MLB.com.

With two weeks remaining in spring training, Taijuan Walker has the edge in the battle to become Seattle’s No. 5 starter, according to Bob Condotta of The Seattle Times.