Brayton accepted ‘nothing less than excellence’ 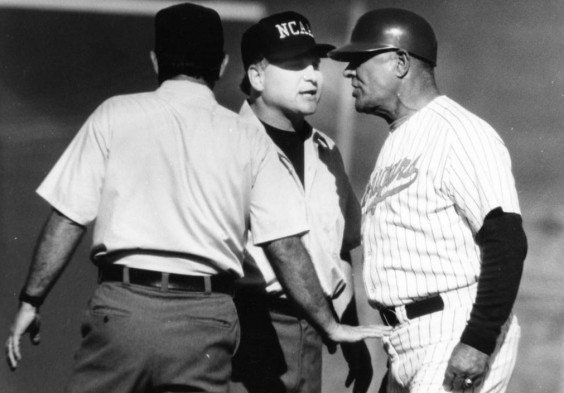 Most people will remember Bobo Brayton as a great baseball coach, but Brayton’s players may remember him even more as a great life coach.

Memories flowed like fine wine when former Washington State players expressed their appreciation for Brayton as a mentor on and off the field after the legendary coach passed away Saturday at 89.

“I think I’m one of many who would say that the way I do life has been wildly influenced on Bobo’s coaching and leadership of me,” said Dave Edler, a Yakima pastor who played for the Seattle Mariners from 1980-83. “In four years under his tutelage, he really did shape who I am, and I’m incredibly grateful.”

“He had such an effect on so many people’s lives . . .  he was like a second father to me,” said Rick Austin, who pitched for Cleveland and Milwaukee after playing at WSU and Lakes High School in suburban Tacoma.

“Twenty-five years later,” former Cougars outfielder Jim Connor said, “a lot of the things I learned from him and from that time there in that little fishbowl (Pullman), I still take into my everyday life.”

John Olerud, who starred for the Mariners, WSU and Interlake High in Bellevue, said he “couldn’t have a better mentor” during his college days than Brayton. Not that it was always easy.

“He was such a tough guy,” Olerud recalled. “Hard-nosed. He demanded things be done right and for the effort to be there. Practices were no piece of cake.”

“He could be hard,” Edler agreed, “but I was a ‘rock head’ young kid that needed somebody to be hard with me. And he was fair, too.

“I kind of grew up with that style of coaching,” Cey said. “Coaches yelled at guys and got upset and wanted the best out of you. They pushed you.

“I didn’t think he was too demanding . . . I had a terrific relationship with him and his family and Eileen (Brayton’s wife). I’m sure he will greatly missed.”

Olerud laughed when he recalled, “Practices were high pressure, because you didn’t want him to get upset.” Brayton’s fiery temper was legendary, particularly if an umpire was involved.

“He wanted perfection,” Olerud said. “He wanted us to play well, to be in great shape, to ‘play better, longer.’

“He was a man’s man. He was about as tough as they come, yet he had a great sense of humor. He had a great heart.”

Brayton would say an outfielder taking a bad route on a fly ball “looked like a blind dog in a meat house.” Brayton ordered pitcher Bob Stephens to dance with him when the coach learned that Stephens was having trouble in a dance class (“He was heck of a dancer,” Stephens always said). Brayton once showed up on horseback at a homecoming parade, his bald head covered with a leather football helmet.

Baseball was no laughing matter to Brayton when it came to executing the lessons he taught his players. He taught well enough to win a school-record 1,162 games.

“He was so sound fundamentally,” McIntosh said. “He knew baseball so well. What you got out of the program was what you put into it, and we worked hard.”

“Bobo set the bar very high,” Edler said, “and he expected you to reach it. He knew who you were. He knew what you were capable of.”

Connor, who grew up in the Seattle area and still lives there, said he’s asked “all the time” about playing for Brayton.

“My first thought is, he made average people great,” Connor said. “He made great people compete, and he made everybody a little bit better.

“He just didn’t take anything less than excellence.”

Austin said of Brayton, “If I was going to battle, I’d take him with me every day.” When Brayton finally lost his own battle with the latest in a series of health problems that dated back to his coaching days, Connor seemed caught by surprise.

“Bobo’s one of those guys you don’t think is ever going to die,” Connor said. “So when you finally hear the news, you think, ‘Damn, I guess he WAS mortal.”