Spencer Haywood, who lobbied on his own behalf for years, finally received enough support to warrant election to the Naismith Memorial Basketball Hall of Fame. 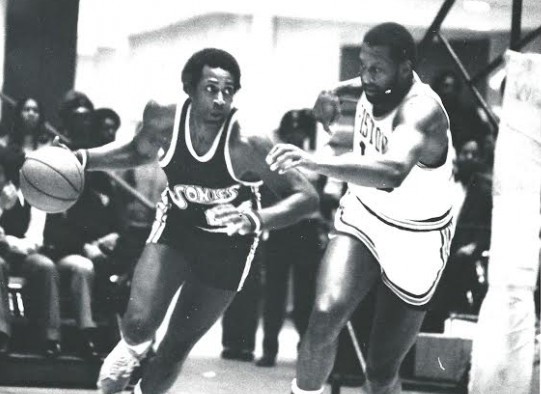 Snubbed for years despite intense lobbying efforts on his behalf, former Seattle SuperSonics star Spencer Haywood finally won election to the Naismith Memorial Basketball Hall of Fame Monday as part of a 2015 class that includes 11 members. Haywood and his classmates will be enshrined in ceremonies at Springfield, MA., Sept. 10-12.

Finalists had to receive at least 18 of 24 votes from the Honors Committee in order to gain induction. The six who reached that threshold are joined by five others who were elected directly two months ago, including former Washington State head coach George Raveling.

Haywood joined the American Basketball Association in 1969 and then went on to play for 12 years in the NBA (1970-1983), scoring 14,592 points, including 8,131 with the SuperSonics from 1969-75. During those years, Haywood represented Seattle in five All-Star games while averaging 24.9 points. He twice made NBA first-team All Pro.

The Sonics traded Haywood to the New York Knicks in 1975, and he also played for the Jazz, Lakers and Bullets through 1983. Haywood won a championship ring with the Lakers in 1980.

Haywood, who attended the University of Detroit, was the leading scorer on the 1968 gold medal Olympic team. During his time with the ABA’s Denver Nuggets, he was named Rookie of the Year and All Star Game MVP. He set ABA single-season records for most minutes (3,808), most field goals made (986), most rebounds (1,637) and highest rebounding average (19.5).

When Haywood attempted to leave Denver and sign with Seattle, the NBA tried to block the move, arguing that it did not employ athletes whose college classes had not graduated. Haywood and the Sonics sued and the case eventually reached the U.S. Supreme Court, Haywood prevailing by a vote of 7-2.

That opened the league’s doors to underclassmen and freshly graduated high school players.

Raveling, whose election was made public in February, will enter the HOF as a contributor. Based in Los Angeles, he is currently Director of International Basketball for Nike.

In 1984 and 1988, Raveling served as an assistant coach for the U.S. Olympic teams. Raveling was the first African-American coach in the ACC and Pac-8 (now the Pac-12).