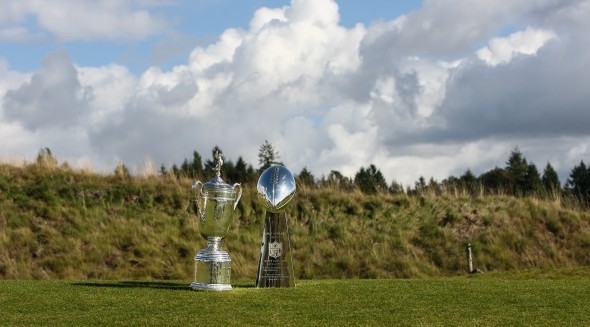 The U.S. Open will be held at Chambers Bay June 18-21. The Super Bowl won’t be, but the trophy is here to stay. / Gary Breedlove, Sportspress Northwest

Following his record-setting performance at the Masters, 21-year-old Jordan Spieth opens as the second favorite to win the 2015 U.S. Open, according to odds posted Monday at the Westgate Las Vegas SuperBook. The Open is June 18-21 at Chambers Bay in University Place, near Tacoma.

Spieth is listed at 8-to-1, behind only Rory McIlroy on Westgate’s futures board for the second major of the year. McIlroy, a 6-to-1 choice, finished fourth at the Masters, at 12-under par, six strokes back of Spieth.

Tiger Woods’ solid performance at Augusta went a long way to win over oddsmakers. He’s listed at 15-to-1, behind only McIlroy and Spieth. Other golfers of note:

Puyallup’s Ryan Moore, who finished six-under at the Masters, is listed at 60-to-1 on the Westgate board.