Former Mariners pitching coach Bryan Price, usually an amiable chap, made sports-culture history by profanely complaining about information that goes public. He’ll spend the rest of his career living it down. 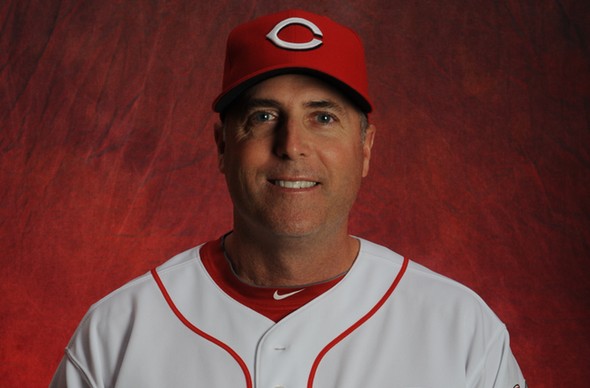 Bryan Price apologized for his bad words — not his dumb words. / Cincinnati Reds

As Bryan Price speeds past Carl Lewis’s anthem, Richard Sherman’s rant and Tommy Lasorda’s Dave Kingman diatribe into the sports-culture pantheon just behind Lee Elia’s 1985 salute to Cubs fans, those of us who knew him in his Seattle days have only one thought:

During his time as Mariners pitching coach from 2000 t0 2005, Price was a bright, affable sort whose calm made him the anti-Lou Piniella. Which was helpful in that sort of good-cop, bad-cop way when Piniella, Seattle’s volatile manager, went cuckoo-for-Cocoa-Puffs on a pitcher.

Before the poor chap soiled himself, Price would find the minimum safe distance from the explosion and whisper to him, “What Lou is saying is, ‘Throw strikes.'”

So for Reds manager Price to out-Lou Lou Monday — if you haven’t read it yet, here linked is the NSFW version from Deadspin in all its profane glory of 77 f-bombs in 5½ minutes — is unfathomable, albeit highly entertaining, in that sort of sophomoric way that swearing still amuses us.

But beyond the linguistic virtuosity in using the same term as verb, noun, adjective, adverb, object and subject without the help of George Carlin, Price bewilders.

He had no good point.

That is too bad.

Because for a rant to have a 100 percent knockout rate, it has to convey some legitimate anguish that is recognizable to most, if not all. Agree or disagree with the ranter, there needs to be a minimum sort of identification with the emotion.

In the chart-topper by Elia, another Mariners coach in the Piniella era (can’t say the guys  weren’t passionate), the then-Cubs manager was fed up with fans and writers who were, in his view, picking on his players for a 5-14 start. The public criticism was likely justified, but a leader standing up for his troops is at least relatable.

But Price, upset that information about the health and status of Reds players published by legitimate reporters by legitimate means, seemed dumbfounded about a practice that has been going on practically since Abner Doubleday was a zygote.

“I don’t get it,” Price said to group of 10 reporters gathered for the daily pre-game ritual in the manager’s office. “I don’t get why it’s got to be this way. Has it always been this way where we just tell f****** everybody everything? So every f****** opponent we have has to know exactly what we have. Which f****** relievers are available, which guys are here and which guys aren’t here, when they can play, and what they can do? It’s nobody’s f****** business. It’s certainly not the opponent’s business. We have to deal with this f****** b*******.”

Actually, the status of players is, beyond the opponents, the business of everyone who is engaged with the game, be it media, sponsors or fans, all of whom are funding the salaries of Price, his coaches and players. It’s understandable that any manager might want to keep secrets about player limitations, but besides being chagrined upon disclosure, there’s nothing to be said or done in such a public enterprise.

This is the equivalent of telling a farmer, “It’s not your job to grow food!”

Or telling an English teacher, “Don’t you dare conjugate that verb!”

Or telling Marshawn Lynch, “No action!”

The reporter’s job is precisely to sniff out everything and report the facts. Whether it benefits the Reds is of no concern to the reporter. If it benefits the reader, job done. That may not be the case when a manager addresses a club employee or someone from MLB.com, but his ire was directed at a reporter for the Cincinnati Enquirer, an independent publication.

Frankly, if an opponent gets an advantage from news on a website, the organization should think about retraining or firing their scouts, whose jobs are about learning such details on their own. Besides that, nearly every other MLB manager gets the same questions about the same subjects, and they somehow figure a way to convey or withhold information that leaves them short of overwrought protest.

Price Tuesday offered an apology via the team website that demonstrated he didn’t get it:

As was mentioned earlier, too bad.

Maybe we’ll find out later that something was going on with Price that was larger than a four-game losing streak. Ah, but there we go again — nosing around where Price doesn’t want reporters to go.

So we’ll just have to let our old pal stand right where his words put him — immortalized on a dubious pop-culture pedestal that will require two or three World Series wins before he is remembered for something else.

It is he who just blew it all over the effing place.