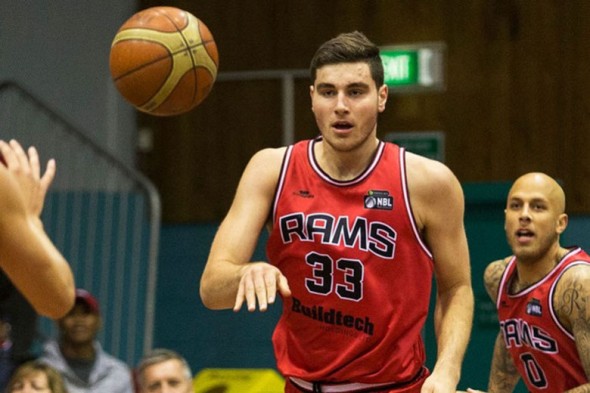 Center Sam Timmins, a 6-foot-10 center from New Zealand, is the latest addition to a wholesale remake of the University of Washington’s basketball team by coach Lorenzo Romar. Timmins 17, who signed a national letter of intent Wednesday, won’t begin play until 2016-17.

“I am thrilled to be joining the University of Washington and can’t wait to play for Coach Romar,” Timmins said in a school release. “I’m excited by his plans for the program, how he sees me fitting into those plans and his commitment to helping me to reach my potential as a player.

“My final decision was a no-brainer when you throw in what a great academic school Washington is, the beauty of Seattle and the state of Washington, which has similarities to the South Island of New Zealand, and my dream of playing in the Pac-12 Conference.”

“We’re ecstatic to have Sam join our program,” said Romar. “At 6-10, 250 pounds, he is a rare find in that he is a true center that is skilled and can score on the block. He also will bring additional toughness to our team. ”

Timmins is currently playing in the New Zealand National Basketball League, where he has amateur status with the Canterbury Rams, coached by former UNLV All-America selection Mark Dickel (1996-2000). Timmins previously played in the NZNBL for the Otago Nuggets.

The center comes from an athletic family. His father, Brendon Timmins, was a top rugby player in New Zealand from 1992-2002.