The Mariners (11-17), with three walk-off losses on the just-completed 10-game road trip, are on a pace to shatter the franchise record for most walk-off defeats in a single season. 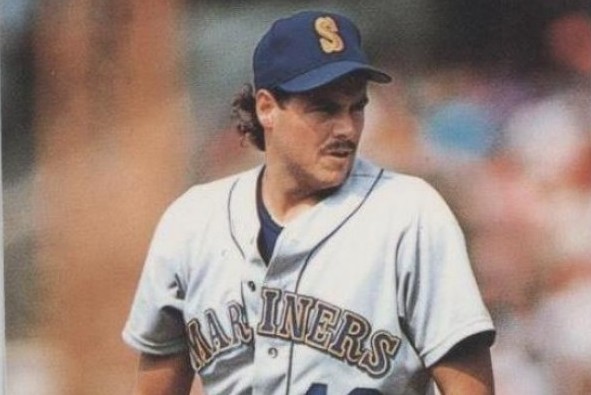 “We’ll turn the page. There are good days ahead for this ballclub. This is a very good ballclub and they’re built to win. It’s a long season. This team will be okay.”

Lloyd McClendon issued those optimistic remarks to reporters Wednesday night following a 4-3 Mariners gag to the L.A. Angels that ended one of the lamer road trips of McClendon’s tenure.

After sweeping last-place Texas, not easily, the Mariners were broomed in four at Houston before losing two of three to the Angels. Included in the six defeats: three walk-offs, one by the Astros and pair to end the Angels series.

Projected to reach the post-season, and even the World Series by some makers of odds, the Mariners already have five walk-off defeats, tied for the MLB lead with the Pittsburgh Pirates. By contrast, 12 teams have zero walk-off losses and 11 others have one.

In their 38+ seasons, the Mariners have walked off a sudden loser 301 times, most infamously May 17, 1996 at Camden Yards in Baltimore when, leading the Orioles 13-10 entering the bottom ninth, they lost 14-13 on a Chris Hoiles grand slam off Norm Charlton.

The Mariners didn’t make any walk-off history on the road trip, but they came close Monday when Los Angeles’s Carlos Perez, in his major league debut, connected for a walk-off home run in the bottom of the ninth to give the Angels a 5-4 victory.

Two things about that: Perez became the fourth player in the era of divisional play (since 1969) to hit a walk-off homer in his debut game, joining:

Talk about tortured history: The Mariners are now the only team in the divisional era to twice watch an opposing rookie belt a walk-off homer in his major league debut.

Dominic Leone, who served up the gopher ball to Perez, has lost three times via walk-off this season (also April 13 against the Dodgers in Chavez Ravine and April 30 at Houston), placing him halfway to the single-season franchise record of six walk-off losses, established by Mike Schooler in 1988.

Schooler is actually more notorious for what went wrong in 1992 than for his spree of walk-off gags in ’88. In 1992, “Schools” allowed seven homers, all costing the Mariners wins, and four were grand salamis, tying the American League single-season record.

“I am the epitome of grand slamness,” Schooler said in a quote for the anthologies.

Schooler also holds another record, perhaps more unbreakable than Ichiro’s 262 hits in 2004. During his Mariner career (1988-92), Schooler surrendered 15 walk-off hits. He not only predictably gave up walk-off homers, but in a display of negative virtuosity had two walk-off walks, a walk-off sac fly and a walk-off wild pitch.

On the career chart, Schooler is three clear of the much-loathed Bobby Ayala for most walk-off hits surrendered:

The Mariners have lost 29 times via walk-off in consecutive road games, making the next big date on the calendar May 19, when Seattle begins a nine-game road trip with the first of three at Camden Yards, site of the Hoiles walk-off salami in 1996. A walk-off loss that night would set a franchise record for consecutive games (3) vexed in an opponent’s final at-bat.

Felix Hernandez (5-0, 1.73) will close out the three-game Oakland series Sunday at Safeco Field opposite RHP Jesse Chavez (1-2, 1.80), who lost to the Mariners 5-4 April 11. Hernandez is 5-0 for the first time in his career and can join a short list of Seattle starters to start a season 6-0 or better. The list:

There is no way of telling how Hernandez’s fast start will play out. Rick Honeycutt (1980) started 6-0 but finished with a losing record. Randy Johnson also started 6-0 and won the Cy Young.

The Mariners begin a nine-game home stand Friday that will include appearances by Oakland (3), San Diego (2) and Boston (4). Taijuan Walker (1-3, 8.74) will start the Oakland series opener against Athletics ace Sonny Gray (4-0, 1.67), who had a no-decision against the Mariners April 11.