University Place native Michael Putnam tied for first at his sectional to qualify for the U.S. Open. Three former UW players, including Cheng-Tsung Pan, will join him. 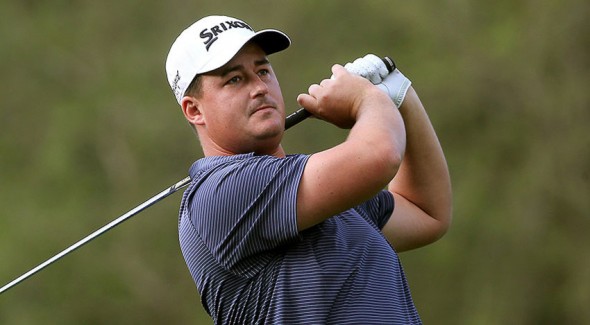 The longest day in golf turned into one of the seminal moments of Michael Putnam’s career.

Putnam, 32, is a University Place native and the 292nd-best golfer, according to the World Golf Rankings. He shot 68 in his first round Monday at Brookside and 64 on his second 18 at The Lakes to match the low score of PGA Tour player Samuel Saunders, grandson of Arnold Palmer.

There were 10 sectional qualifiers Monday across the U.S. with players vying for 60 U.S. Open spots. The grueling, pressure-filled second and final qualifying stage is known as “golf’s longest day.”

It was crushing for Mackenzie Hughes of Charlotte, NC. Vying for one of three spots at the sectional at Tumble Creek Club in Cle Elum, Hughes led before double-bogeying his final hole to place fourth. Former University of Washington players Cheng-Tsung Pan (-2) played the final four holes at three under to earn medalist honors, while 28-year-old Richard Lee (-1) and 36-year-old Troy Kelly (-1) finished tied for second to qualify for the U.S. Open. Hughes’ collapse made him first alternate.

This will mark Pan’s third U.S. Open and fourth major. He’s in the midst of an incredible run of golf after finishing second last week at the NCAA Championships.

A few notable local players fell flat. Putnam’s younger brother, Andrew Putnam, a fellow PGA tour member, failed to qualify after shooting 74 at Ridgeway Country Club in the sectional qualifier held in Memphis. He withdrew after playing the front nine on his second 18.

Andrew, who played in the PGA Tour’s Memorial Tournament in Dublin, OH., the past weekend, tweeted Sunday that his flight to Memphis was canceled. Stranded at a Columbus airport during a layover, he and his caddy were forced to drive nine hours and arrived in town just a few hours before his 7 a.m. tee time.

Well flight got canceled to Memphis for U.S. open qual. 9 hr drive should get us in at 4am for a 7am tee time. #Yippy pic.twitter.com/YjhU23Yqsp

Seattle native Fred Couples withdrew from his sectional qualifier in Newport Beach, CA., because of his traditional bad back, according to a USGA statement. Couples, 55, was trying to play in his first U.S. Open since 2006. His best finish came in 1991 when “Boom Boom” tied for third at Hazeltine National Golf Club.