The Northwest turns its eyes to Puyallup native Ryan Moore, who is playing in his home area and having perhaps his best season. Why not a U.S. Open win? 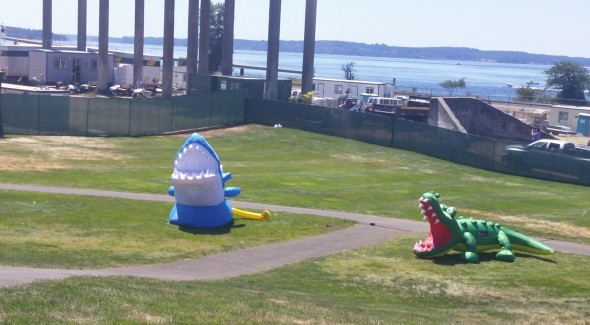 UNIVERSITY PLACE — In the absence of longtime Seattle legend Fred Couples, the rooting interest for a local hero in the U.S. Open falls squarely upon the round shoulders of Ryan Moore, Puyallup born-and-bred, who can’t quite get over the fact that his home is a few miles from America’s biggest golf tournament.

“It’s actually a little bit (of an) odd feeling,” he said Monday. “I was kind of noticing that, just really driving in today, it’s officially Monday of the U.S. Open and it felt odd. I’m not sure why.”

It might be because everyone he’s ever as much as met on a local golf course is begging him for tickets. Then again, so much is so odd about this place relative to other U.S. Opens, his modest bewilderment is in step with newcomers as well as locals. New courses and old habits are a volatile mix.

But to hear Moore tell it, skepticism among golf’s elite over Chambers Bay’s fitness to host a major — now that they have had a chance to play — has begun to dwindle.

“I’ve actually talked to a lot of people the last few days,” he said, “that have kind of said the same thing: They weren’t sure what to think, they’d heard some negatives about it, and they love it. It’s been great to hear.”

But three days of practice this week is not like the real thing starting Thursday, particularly as the course dries out in the unusually warm late spring. Australian Jason Day, ranked 10th in the world, said Monday he thinks the course plays slower in morning than afternoon. By Sunday, with only a minimal threat of rain, the course will be even faster than Monday.

What that means is . . . well, let Robert Trent Jones Jr. tell it. He’s the golf architect who designed this beachfront bully and had an unusual analogy for the increasing speed of the greens.

“This is like downhill skiing at the Olympics,” he said. “It’s green ice. They’re not skiing on snow. They’re skiing on ice.

“Now, the better players like this, because it separates the big boys from those who are a little bit not psychologically ready for the test.” 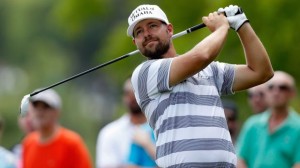 Jones seems quite pleased with some of the lamentations.

“Those who adopt it and embrace it, they like it,” he said. “They’re telling me they enjoy it. Those who are uneasy with the newness of it, we’ll listen to them. But they probably won’t make the cut.”

Naturally Moore, who has played the course a half-dozen times, is among the embracers, but he remains wary of a fast-changing course.

“Up until last week, I had never played the course like we’re going to play it,” he said. “So it’s great to be comfortable with tee shots and to have seen the golf course lots of times, but it’s a completely different golf course than any time I had played it.

“So it’s almost like you can just kind of throw that all out the window and kind of relearn what the course is going to be like this week. It might have been a little bit more of an advantage if it was going to be cold and rainy, but it doesn’t look like that’s going to happen, which I’m okay with.”

For the more casual golf fan unaware of Moore, he’s s four-time PGA Tour winner now 32nd in the World Golf Rankings. He’s won once this year and made $2.8 million, part of $20.8 million in career earnings. By comparison, Couples, 55, has made $22.6 million, although the generational age difference inflates Moore’s numbers.

But Couples won a major, the 1992 Masters. In pro golf, winning one among the Masters, the U.S. and British Opens and the PGA Championship elevates a golfer into rare air. A massive deal. To do it in one’s back yard would start a statue- building campaign for Moore Monday in Tacoma.

“It would be incredible. I don’t want to get too much ahead of myself.”

Moore may be playing the best golf of his career, but the odds are high and the pressure immense for the hometown guy.

“This could be the one time in my entire life I get to play a tournament in my backyard, where I grew up,” he said.  “So just really trying to enjoy this experience, enjoy this event, being here is kind of a priority to me.”

Local-boy-makes-good stories are mostly fantasy. Then again, so was everything about Chambers Bay hosting a U.S. Open.