Out of the majors since 2013, former Gold Glover Franklin Gutierrez will rejoin the Mariners Wednesday night for the third of three against Kansas City. 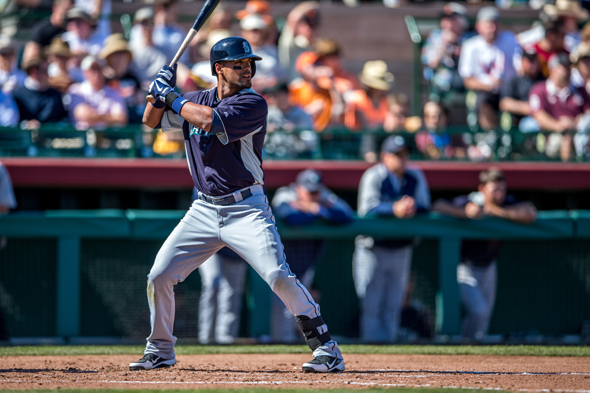 The Mariners recalled former Gold Glove outfielder Franklin Gutierrez from AAA Tacoma and inserted him into the starting lineup for Wednesday night’s third of three games against the defending American League champion Kansas City Royals at Safeco Field. The 32-year-old Gutierrez, slated to bat second and open in left, will appear in his first MLB contest since Sept. 27, 2013.

The question with Gutierrez is durability. Scouts say he has had trouble playing consecutive games due to his previous injuries and ailments, and his outfield speed is diminished. But given the number of outfielders the Mariners have shuttled through left field, he may not need to play two in a row.

To make room for Gutierrez on the 25-man roster,the Mariners optioned OF James Jones back to Tacoma.