Sounders midfielder Marco Pappa likely will miss Saturday’s game in Montreal after his arrest for DUI and speeding early Sunday morning in Seattle. 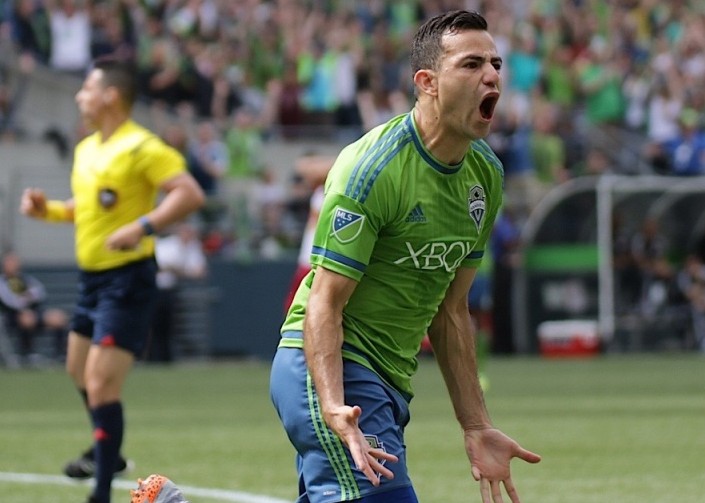 Marco Pappa faces a suspension after his bust for DUI. / SoundersFC.com

Seattle Sounders midfielder Marco Pappa was arrested in the morning Sunday for driving under the influence and speeding, the team said Monday. Pappa will be ineligible to compete until he undergoes and passes an assessment by Major League Soccer’s Substance Abuse and Behavioral Health (SABH) program.

Pappa returned to the pitch for Seattle the evening before his arrest as a substitute in a 1-0 loss to Colorado. Pappa had been absent serving international duty with the Guatemala national team, whose Gold Cup campaign ended with a 1-0 loss to Cuba in the group stages.

“We are gathering information on this matter and have been in contact with the league office, the MLS Players Union, local law enforcement and Marco directly,” said GM Garth Lagerwey in a team statement. “We will continue to work in cooperation with all involved parties and will have no further comment until more information is available.”

It is unclear what disciplinary actions the league may take in the wake. Philadelphia Union forward C.J. Sapong missed three matches earlier this season during a league-mandated rehab stint after his arrest for DUI.

The Sounders take on the Impact at 5 p.m. Saturday in Montreal.