Safety Kam Chancellor signed a four-year deal two years ago, but now wants a restructured deal. He is threatening to stay away from camp to force Seattle’s hand. 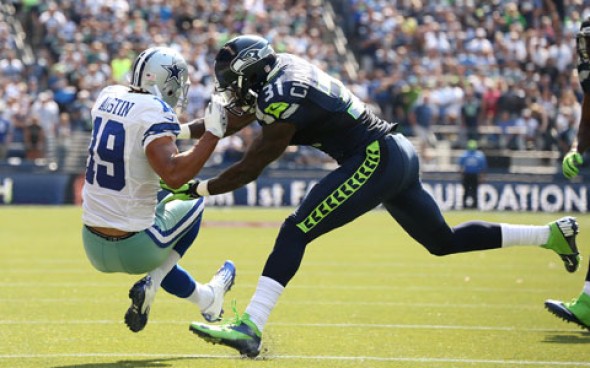 Now Kam Chancellor is demanding more money. The Seahawks’ safety has informed the club that he is strongly considering a holdout, even though the 27-year-old, three-time Pro Bowler still has three years remaining on a contract that he signed prior to the start of the 2013 season. Teammate Michael Bennett has also threatened a holdout with two years remaining on his deal.

Chancellor’s demands were first reported by Ian Rapoport of the NFL Network.

Of the $28 million, $7,825,000 is guaranteed. Chancellor’s potential holdout is likely due to the fact that he has no guaranteed income after the end of the 2015 season. Chancellor is scheduled to become an unrestricted free agent in 2018.

A key member of Seattle’s secondary, and more so with safety Earl Thomas probably out until after the start of the regular season with a shoulder injury suffered in the Super Bowl, Chancellor is slated to count $5.65 million against the Seahawks’ salary cap this year.

The Seahawks selected Chancellor in the fifth round of the 2010 draft. He has recorded 312 tackles and eight interceptions in five NFL seasons.

Bennett agreed to a $28.2 million deal before the 2014 season and is scheduled to make $5 million this season. The Seahawks are also trying to get a deal done with quarterback Russell Wilson, who has said he will postpone contract negotiations until after the 2015 season if he doesn’t get a deal prior to training camp. MLB Bobby Wagner is also eligible for a contract extension, but his negotiations have taken a back seat to the Wilson talks.

The Seahawks open camp Friday at the Virginia Mason Athletic Complex in Renton.