Bobby Wagner, who said Friday his deadline for a contract extension was “now,” got his wish when the Seahawks gave him a four-year deal for the most money for a linebacker. 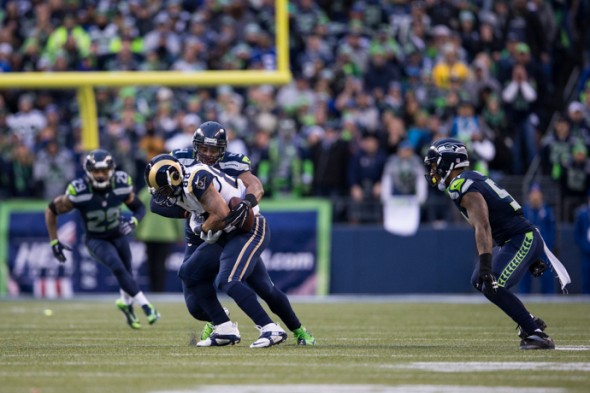 When coach Pete Carroll said after QB Russell Wilson signed his new deal that the Seahawks were working hard on getting done a deal for MLB Bobby Wagner, he wasn’t kidding. Reports Saturday night said Wagner has agreed to a $43 million extension over four years, a record for an NFL linebacker.

Wagner and Wilson were part of the same 2012 draft class, Wagner in the second round, Wilson in the third, that put them on the same NFL calendar: Three years into a four-year rookie contract and eligible for an extension.

But because Wilson’s deal was so large, $87.6 million, Wagner’s deal took a back burner, to the point where he tweeted out, “can’t keep everyone” after news broke Friday about the Wilson deal.

After Friday’s first day of practice, Wagner was asked if he had a deadline: “Now,” he said.

The Seahawks were close. Former Seahawks FB Michael Robinson, now an analyst with NFL Network, broke the news in a tweet:

Just got off phone with my dawg @Bwagz54 glad to say he’s come to terms to stay w/ #12thMan a little while longer!! Proud of ya homie!

The deal keeps Wagner, 25, a Los Angeles native who attended Utah State, with the Seahawks through 2019 and contains guarantees of $22 million. Getting both deals done represents a major off-season accomplishment for the Seahawks.

“If it happens, it happens,” Wagner said Friday about a deal. “But all I know is at the end of the season, y’all will know that I’m the best linebacker in this league. That’s my focus. Everything else will take care of itself.”

Wagner indeed was coming off his first Pro Bowl selection and was second-team All-Pro behind Carolina’s Luke Kuechly, despite missing five games with a foot injury. Kuechly reportedly has had his club option picked up next season for $11.1 million,  so he still tops the salary charts at linebacker, but Wagner’s four-year deal is tops for the position.

Extremely blessed to be able to sign a 4yr extension with the best team in sports seahawks! Thanks… https://t.co/ahWLCaQ7R9