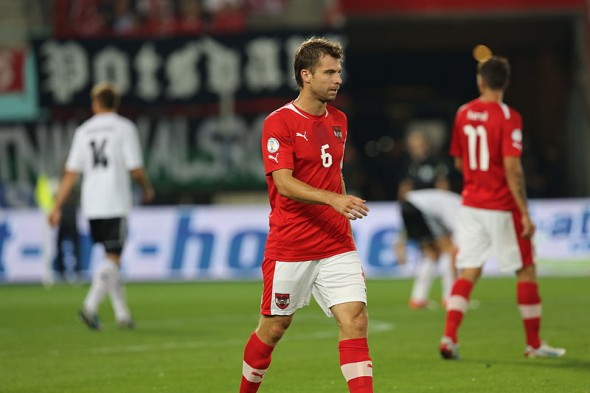 Andreas Ivanschitz has been on the Sounders’ radar for some time. / SoundersFC.com

The Seattle Sounders, whose part-owner Adrian Hanauer recently hinted at an offensive-minded signing during the summer international transfer window, announced the signing of Austrian midfielder Andreas Ivanschitz from La Liga Tuesday. The 31-year-old midfielder has been called “the David Beckham of Austria” and has earned 69 caps with his national team.

“Andreas has the technical ability to help break down teams with his passing and movement in the attacking third,” said Sounders sporting director Chris Henderson Monday. “We’ve followed Andreas for a while now. He’s a smart player who has played in top leagues all over Europe.”

After starting his pro career in 2000 with Austrian side Rapid Wien, Ivanschitz left his native country and spent time with Red Bull Salzburg and FSV Mainz 05 in Germany and Panathinaikos in Greece before landing at Levante, where he has been the past two years.

Ivanschitz joins a Sounders side that has dropped seven of their last eight matches, and a midfield unit that has struggled generating offensive opportunities in the forward third.

“Andreas is a player who is creative in the attack and dangerous on set-pieces,” said coach Sigi Schmid. “As we head into the final months of our season, we welcome Andreas’ experience and poise at this critical time of year.”

Ivanschitz’s transfer will be complete pending his acquisition of a P-1 visa and international transfer certificate.