“One of the best defenders on CONCACAF,” says GM Garth Lagerwey of the Sounders’ acquisition of Panamanian national team captain Roman Torres, 29. 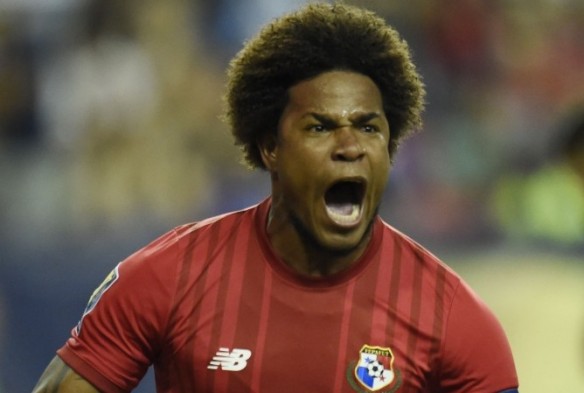 Defender Román Torres, a 29-year-old Panamanian international who comes to Seattle from Colombian side Millonarios, will be added to the Sounders’ roster pending receipt of his visa. The Sounders used targeted allocation money to acquire Torres.

“Román is one of the best defenders in CONCACAF and an imposing player who we believe will make an impact in MLS,” said Sounders GM Garth Lagerwey. “We think he can help us both as a defender and on attacking set pieces. Perhaps most importantly, he really wanted to come to Seattle and when the opportunity to acquire him arose, we took our chance without hesitation.”

Torres joins the Sounders following 11 seasons in South and Central America, including the last nine in Liga Àguila, Colombia’s top division. The Panama City native has 331 career appearances and 32 goals dating to 2004. A three-time Liga Àguila champion, Torres earned 2010 and 2011 Apertura championships with Atlètico Junior and Atlètico Nacional, respectively, before leading Millonarios to the 2012 Clausura crown.

After beginning his career with hometown side Chepo FC in 2004, Torres moved to Panamanian club San Francisco FC in 2005, winning a pair of Panamanian First Division titles before transitioning to Colombia in 2006.

“We believe Román’s athleticism and leadership are valuable assets to this club as we head into the final stretch of our season,” said Sounders coach Sigi Schmid. “He’s a player who has achieved success at both the club and international levels, highlighted by his standout performance with Panama at the 2015 CONCACAF Gold Cup. We’re going to help Román integrate into our team as quickly as possible, and we look forward to his contributions.”

The Sounders play at 2 p.m. Sunday against expansion side Orlando City SC at CenturyLink Field.