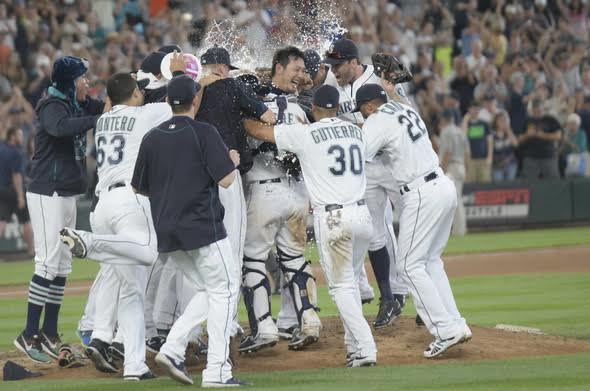 Hisashi Iwakuma, who had never recorded a complete game or a shutout in 87 major league starts, threw the fifth no-hitter in Mariners history Wednesday afternoon at Safeco Field, baffling the Baltimore Orioles 3-0. Iwakuma’s is the first no-hitter in the American League since teammate Felix Hernandez tossed a perfect game against Tampa Bay nearly three years ago on Aug. 15, 2012.

In front of 25,661, Iwakuma struck out seven in also becoming the second Japanese-born pitcher to throw a no-hitter in MLB, following Hideo Nomo, who threw two (Sept. 17, 1996 at Colorado with Dodgers) and April 4, 2001 at Baltimore (with Red Sox).

“The fans deserved it,” Iwakuma said through translator Anthony Suzuki. “I was aware of the no-hitter, obviously, but I really felt it to start the ninth inning. I just focused on one hitter at a time. I wanted to pitch my game and get the first batter out in each inning and was able to do that. It was a great game today. I want to thank all the fans who were here today to root for me. Without them, I couldn’t have done it.”

In the ninth inning, the 34-year-old Iwakuma, who joined the Mariners as an international free agent in 2012, faced No. 9 David Lough, No. 1 Manny Machado and No. 2 Gerardo Parra.

Lough worked Iwakuma to a 2-and-2 count and then fouled off a pitch high along the third-base line, near the stands. Kyle Seager, a Gold Glove winner last year, tracked the ball and made a stunning, running catch over his shoulder with the ball slicing away from him.

“That’s a testament to Kuma,” said Seager. “That was the toughest play in the entire game. He was phenomenal. Other than that play, everything else was routine. It couldn’t happen to a better guy. Everybody is so excited for him personally.”

One of the top offensive players in the American League, Machado took a huge rip and fouled off Iwakuma’s first offering for a strike. Iwakuma then suckered Machado with an elevated fastball for strike two. Machado followed by bouncing to Seager at third, who had an easy play to first base.

Parra didn’t dally, sending Iwakuma’s first pitch on a high arc into the gap between CF Austin Jackson and LF Brad Miller. Jackson had a bead on it all the way, making a running catch for the final out in front of Miller with a huge smile on his face.

“I’m just glad it’s over with since I’ve had to pee since the fifth inning,” said manager Lloyd McClendon, smiling. “This is pretty special. I thought his stuff was really sharp. His split was coming out really crisp. As it went along, you realized this could happen.”

Iwakuma, the subject of many trade rumors prior to the July 31 deadline, walked three and threw first-pitch strikes to 20 of the 29 batters he faced. Apart from his seven strikeouts, Iwakuma retired 12 Orioles on ground balls and eight on fly balls. 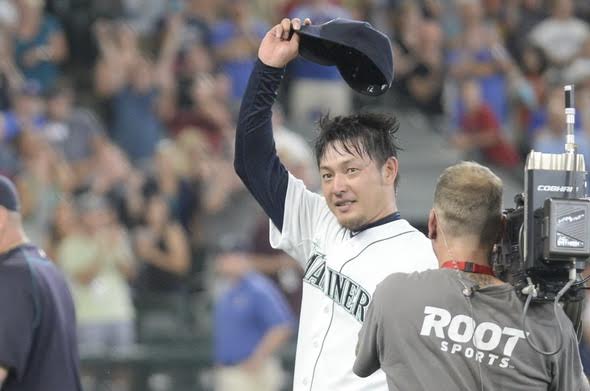 The Mariners collected their three runs on an RBI double by Franklin Gutierrez in the second inning, an RBI single by Robinson Cano in the third, and an RBI double by backup catcher Jesus Sucre in the fourth.