The Seahawks added safety Kelcie McCray via trade, cut 17 players and put three on injured reserve. Rumors grow that a trade of holdout Kam Chancellor is under consideration. 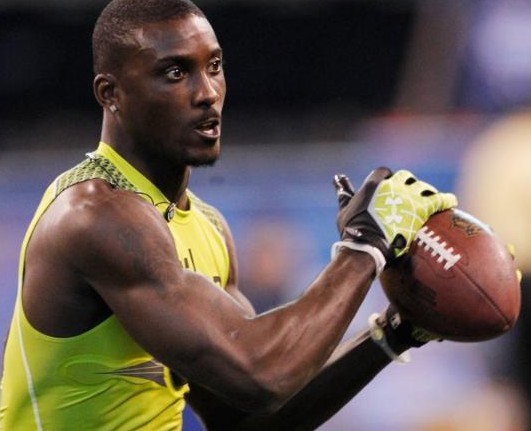 Kelcie McCray, a 6-foot-1, 202-pound backup safety with the Kansas City Chiefs, was acquired Saturday for a fifth-round draft pick as the Seahawks cut their roster to the league-mandated 53-man limit. The Seahawks may be bolstering the position ahead of a potential trade of holdout SS Kam Chancellor.

Rumors swirled that the Seahawks are making inquiries about a deal for their All-Pro safety:

Rumblings among NFL execs and agents about Kam Chancellor perhaps seeking a trade. He hasn’t been granted permission to speak to other clubs

Kelcie, 26, went undrafted in 2012 out of Arkansas State and spent time with the Dolphins and Bucs before the Chiefs. He played in 31 career NFL games, including all 16 last season as a backup.

Dion Bailey, a 2014 undrafted free agent out of USC, has been a fill-in starter for Chancellor during his holdout.

Below is the list the Seahawks released about the cuts:

Perhaps the biggest surprise was the cut of Blackmon, a free agent signing in March who looked to be the nickel DB in the injury absence of Jeremy Lane. That job  likely will go to Marcus Burley or fifth-round pick Tye Smith.

Blackmon tweeted his farewell earlier in the day:

DT Williams, the garrulous Australian who had a cancerous kidney removed earlier in the season and returned to play 10 weeks later, earlier tweeted he had been cut.

The most noteworthy development on the 53-man roster is keeping five running backs, including fullbacks Derrick Coleman and Will Tukuafu, but not including Robert Turbin, placed on injured reserve, or Fred Jackson, the free agent who is not yet on the roster but has agreed to a one-year contract.

The expectation is that Turbin, whose ankle sprain is likely to keep him down for several weeks, will be cut after his return to health. Speculation is that the Seahawks are attempting to trade Christine Michael to get some value, instead of cutting him to make room for Jackson. The preseason performance of undrafted rookie free agent Thomas Rawls has helped make Michael, who hasn’t lived up to expectations, expendable.

If they choose to keep Michael, Tukuafu could be cut, or the third-string tight end, Cooper Helfet.

Some of the players cut, perhaps such as the two ex-Huskies receivers, Kevin Smith and Kasen Williams, will return to the Seahawks’ 10-man practice squad if they pass through waivers over the next 24 hours. The Seahawks also can place waiver claims on other team’s cuts.

The roster as it stands now: