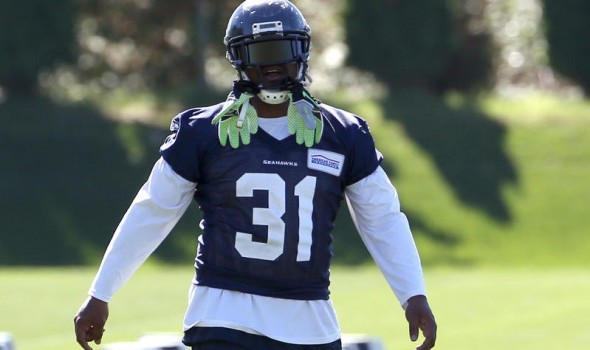 Any speculation about  progress in the Kam Chancellor holdout was doused by Seahawks coach Pete Carroll Friday morning when he said there was no news, despite the fact that Chancellor spoke this week to media outlets for the first time.

“Unfortunately there is not an update,” Carroll told KIRO-FM 97.3 radio on his weekly show.  “The situation is staying the same. There is still a lot of work done and a lot of conversation, but it just has not happened to get him here.He’s got a mindset that is keeping him out.

“So we always want him to come back, but we are still focusing on what is real — that is getting our guys ready to play. Dion Bailey will start and we have our rotations to keep that position going.”

Chancellor had a text exchange Wednesday with a reporter for an NFL Network show that indicated the the Pro Bowl safety wanted money moved from his 2017 compensation to 2016 and presumably guaranteed. But that would be an unscheduled addition to the prospective salary level under the cap, something the Seahawks have refused to do because of precedent so early in the contract’s term.

Carroll Wednesday said Chancellor was out of Sunday’s 11 a.m. season opening game in St. Louis and conveyed his dismay.

“I am disappointed in this, very much so,” he said. “I think everybody should be. He’s been a great part of our team and it’s unfortunate it’s to come to this.”

Meanwhile at practice Thursday, RB Marshawn Lynch showed up in a Chancellor jersey, apparently making a public show of support. Before the 2014 season, Lynch went through his own holdout drama, missing eight days of training camp before getting a slight improvement ahead of his final year of his deal largely by turning money originally offered as incentives and a signing bonus into guarantees.

Chancellor tweeted his admiration for Lynch:

I can’t believe you… Wow.

Defensive coordinator Kris Richard said after practice Thursday that while some teams may have stopped Lynch from such a display, that wasn’t the case in Seattle.

“That’s who we are here,” said Richard. “You have the right and the ability to express yourself and who you are and it’s not shied upon, it’s not frowned upon.”  He also called it “pretty cool.”