A surprise cut by the 49ers last week, Nick Moody says he’s been signed by the Seahawks, who are short a linebacker Sunday with the injury to Mike Morgan. 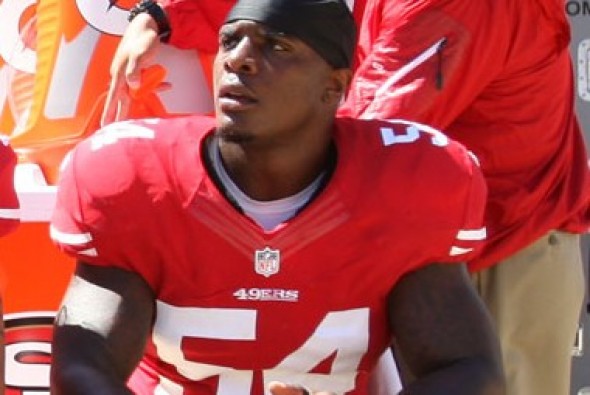 Nick Moody, seen by some as successor to retired star Patrick Willis as the 49ers’ starting inside linebacker next to NaVorro Bowman — until Moody was released in the roster cutdown to 53 players — will sign with the Seahawks, according to published reports.

The Seahawks have not announced the signing, nor a roster change to accommodate. Backup LB Mike Morgan, a key special teams player, will miss Sunday’s opener because of a strained hamstring.  Moody, at 6-1, 236 pounds, also played strong safety in college.

Moody wasn’t shy about confirming the signing on Twitter:

On my way… #Seahawks #12man pic.twitter.com/6jdI5GhSux

After Friday’s practice, coach Pete Carroll confirmed the interest but not yet the signing.

“That’s an early report,” he said. ” He’s not even here yet. We haven’t even talked to him in person yet. So you’ll see what happens. It’s going to take us a couple days before we get him here.”

A Florida State grad taken in the sixth round of the 2013 draft, Moody played mostly special teams for San Francisco for two seasons, but started in two preseason games. His release was considered a surprise by many in the Bay Area.

“That was a tough decision,” coach Jim Tomsula told reporters. “Nick Moody busted his tail and (that was) just the way that worked out numbers-wise, and where we were, that tough decision had to be made.”

In an Associated Press story in August, 49ers defensive coordinator Eric Mangini was high on Moody.

“From his growth from last year to right now, from an ability to run the defense, to see what the offense is doing, his work ethic, I’ve really been happy with Nick’s development,” Mangini said.

Carroll said that earlier health questions about backup QB Tarvaris Jackson and TE Cooper Helfet have cleared and both will be available Sunday. CB Tharold Simon has a toe injury that has him listed as questionable . . . Rookie returner Tyler Lockett will be in mix at receiver as well as returning punts and kickoffs. “We haven’t seen anything from him where we need to restrict him, and not put him outside and match him up in certain ways,” Carroll said. “He’ll play all spots.”  . . . On Lynch’s wearing of holdout Kam Chancellor’s jersey in practice Thursday, Carroll said, “I thought it was a statement that all of us understand. We all wish Kam was here. So I have no problem with it. We don’t need to keep doing it, but I think it was just that.”