Lawyer Milloy, an All-American safety at the University of Washington and a four-time Pro Bowler, is among nine first-year nominees for the Pro Football Hall of Fame. 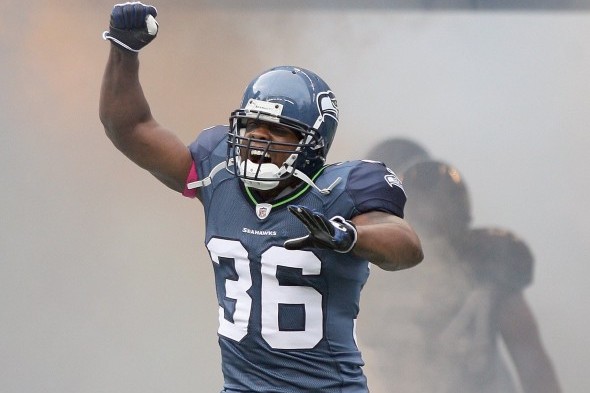 Lawyer Milloy is among nine first-time nominees for the Pro Football Hall of Fame. /  Seahawks

Former University of Washington and Seattle Seahawks safety Lawyer Milloy is among nine first-time nominees, among 108 players overall, for the Pro Football Hall of Fame’s Class of 2016. Headlining the list of first-year eligibles announced Wednesday night are quarterback Brett Favre, wide receiver Terrell Owens and Alan Faneca, an elite blocker who made six All-Pro teams in his 13 seasons.

The nominees consist of 93 players — 51 on offense, 33 on defense, nine from special teams — and 15 coaches. They will be trimmed to 25 semifinalists in November and, from there, to 15 finalists in January. Voting will culminate Feb. 6, the night before the Super Bowl. While there is no set number for any class of enshrinees, the selection process bylaws provide that between four and eight new members will be selected.

Milloy, a Lincoln of Tacoma graduate, played for Washington from 1993-95, earning All-America honors from the Associated Press, Walter Camp Foundation and Football Writers Association of America. He was a finalist for the 1995 Jim Thorpe award.

Several former players with ties to Washington state are also on the ballot again. They include RBs Shaun Alexander and Ricky Watters, C Kevin Mawae, DB Shawn Springs, all of whom played for the Seahawks, and former Washington State and NFL quarterback Drew Bledsoe.

Six ex-coaches with state ties also returned to the ballot: Chuck Knox, Tom Flores and Mike Holmgren, all of whom coached the Seahawks; Seattle native Don Coryell, a four-time finalist, and Lou Saban, who served as a University of Washington assistant in 1953-54 under Johnny Cherberg.