The Seahawks secondary is a mess — thanks, Kam Chancellor — and until they learn to trust one another, mistakes are going to keep them playing from behind. 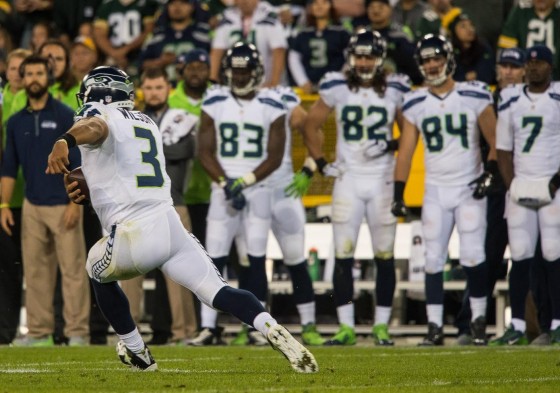 No freaky finishes this time. Just a plain old revenge beat-down. As much as the Green Bay Packers denied it, they had to have the game. As much as the Seahawks might be ashamed to admit it, they gave it to the Packers.

Winning at Lambeau Field — which held the largest regular-season crowd in its storied history — with QB Aaron Rodgers in charge required near perfection. The Seahawks weren’t close. They weren’t terrible. They just weren’t close.

“We got to get out of our own way,” coach Pete Carroll said after the 27-17 loss in which they had a fourth-quarter lead, but for the third time in a row (including the Super Bowl), gave it up. “Really disappointed in the finish. We were so good at finishing, something we’ve taken great pride in.

“We had a chance to win both these games (including a 34-31 overtime loss in St. Louis) with a lead and we didn’t protect it properly.”

Among the many errors, two mistakes loomed as especially uncharacteristic, for different reasons — a second-quarter pass interference call on CB Richard Sherman, and a fourth-quarter ejection of LB K.J. Wright.

On a second-and-17 play from hia own 13-yard-line, Rodgers dropped deep and launched a pass that traveled 60 yards to WR Ty Montgomery. Sherman was covering, then released, presumably to FS Earl Thomas. But Thomas only belatedly responded, and Sherman hastily ran after Montgomery, who slowed to catch the under-thrown ball. Sherman bumped him before the ball arrived.

The immense 52-yard penalty set up in five more plays a Mason Crosby field goal that extended Green Bay’s lead to 13-3 at halftime.

With the Packers ahead 24-17 halfway through the fourth quarter, Wright was ejected for a fight with Green Bay TE Richard Rodgers after a running play. Both players were penalized but only Wright was ejected, further diminishing a defense run ragged chasing the elusive Rodgers. The drive led to Crosby’s last of four field goals with 4:54 left that made it a two-score deficit.

“We were chasing him all over the place,” said Carroll of Rodgers, “but we couldn’t get him.”

What was unusual was that Sherman and Thomas rarely mis-communicate, and Wright rarely behaves so foolishly. These two unrelated plays prompted an irresistible thought — would the episodes have happened with Kam Chancellor in the game?

Much of Chancellor’s reputation is built on his ferocious hits. But other aspects of his play are just as valuable, including experience and leadership.

Primarily because of his holdout, the Seahawks are a mess in the secondary. The Seahawks benched Dion Bailey, who filled in for Chancellor in St. Louis, and started in Green Bay DeShawn Shead, who practiced little at the position recently, spending more time at corner.

Both players’ inexperience plays out in coverage responsibilities. As well as their own jobs, Sherman and Thomas have to make sure the newbies are assignment-correct, and help cover for them if they are not.

What happened on the Montgomery pass isn’t clear, and the players probably wouldn’t be honest about it anyway. But if Chancellor were holding down his end, the chance for epic errors such as that are greatly reduced.

Chancellor’s influence on the Wright episode is speculative, but tensions were building between the teams all game long. It was a time when leadership was everything, and Wright did the worst thing he could do — he took himself out.

“I talked to him,” Carroll said of Wright. “He was disappointed that happened. He didn’t want to do that. He apologized for it.”

Being sorry doesn’t quite cut it.

Around the Seahawks, the concept of trust has high value. As it pertains to game-plan execution, the defenders, because of the inexperience of newcomers, can’t trust one another sufficiently right now to do their jobs. So, as is often the case with human nature, overcompensation happens.

The Seahawks in their past three games have given up 28, 34 and 27 points. Many circumstances and personnel issues were unique to each game, and all were against quality opponents, but it’s clear that the defense is giving up chunk plays and missing tackles at a rate unprecedented in the Seahawks’ previous three years of dominance.

But Chancellor’s return is not imminent, so the Seahawks are going to have to develop an internal fix fairly abruptly.

“We were not not right last year for some time, too,” Carroll said, referencing last season’s 3-3 start. “We’re fortunate we’ve gotten through (0-2) healthy, and we need to clean up things and get right.

“Both of these are hard to take, because we could have won both.”

True. Green Bay was beatable at home. During the week the Packers lost their starting middle linebacker and right tackle to injury, and during the game lost starting RB Eddie Lacy and WR Davante Adams to ankle injuries. And the Seahawks offense finally figured out in the second half how to get Wilson to run the ball when the Packers were piling up on RB Marshawn Lynch.

But until the Seahawks defense learns to trust one other and not the ghost of Kam Chancellor, they’re going to being playing from behind all season. 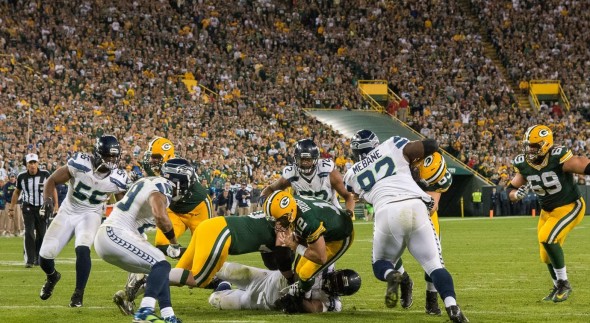