After forfeiting a pair of paychecks worth more than $267,000 each, Kam Chancellor will end his holdout and rejoin the Seahawks Wednesday. 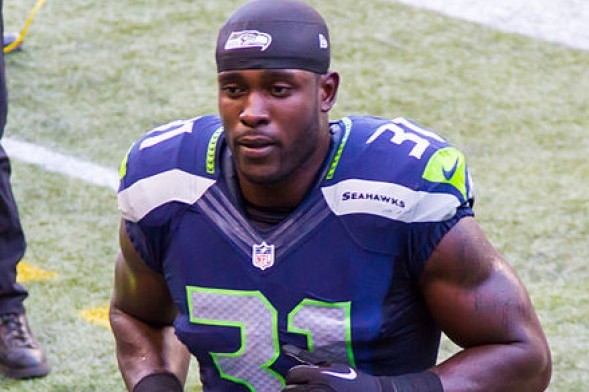 Seahawks All-Pro safety Kam Chancellor is going to end his contract holdout and return to the club Wednesday, according to a text message Chancellor sent to ESPN’s Steven A. Smith. Chancellor missed all of training camp and the first two regular-season games in an attempt to force the team to restructure his deal, which has three years remaining. Chancellor’s prolonged pout proved futile.

“I’m going to help my teammates that are understanding of my position and the ones who aren’t,” Chancellor said in the message. “God forgives all, why can’t i? Time to help us get back to the big dance. I can address business after the season. Me and Marshawn started a mission 2 years ago. I can’t let my Dawg down….Real talk.”

Chancellor, who forfeited a pair of checks of $267,647 each for missing the St. Louis and Green Bay games, was also fined $30,000 per day for skipping training camp. The Seahawks have the option to waive those fines.

Chancellor is under contract through 2017 and wanted the Seahawks to move some of the money from his final year to 2016. General manager John Schneider wouldn’t do it, not wanting to set a precedent.

Without Chancellor, the Seahawks are off to an 0-2 start. They have allowed 61 points in two games and have given up 11 pass plays of 20-plus yards, second-most in the NFL. The Seahawks rank 17th in total defense and 21st against the pass. Dion Bailey started the first game at strong safety before being replaced by DeShawn Shead in Week 2.

The Seahawks play the Chicago Bears (0-2) in their home opener Sunday.