The University of Washington will salute the 1985 Orange Bowl champions Saturday, but are they the most memorable UW bowl team? Vote here. 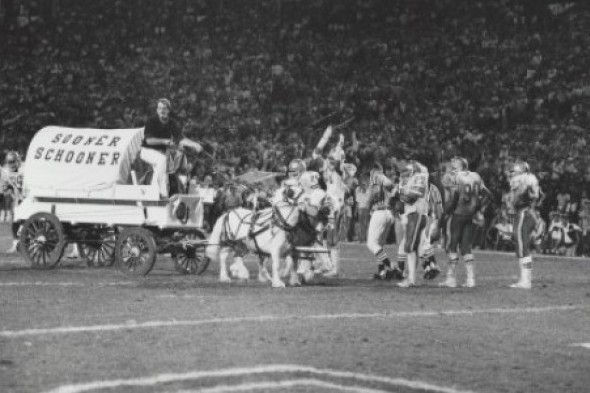 During Saturday’s Washington-Cal game, the Huskies will salute the 1985 Orange Bowl team that shockingly knocked off Barry Switzer, Brian Bosworth and Oklahoma 28-17 to finish second in both (AP, UPI) national polls. That team came within three AP votes of winning a national championship, but lost out to Brigham Young, which went 13-0 against an inferior schedule.

Until Washington won a share of the co-national championship following the 1991 season, the 1984 Huskies came closest to a title. Had it not been for a late-season loss at USC (16-7), those Huskies would have finished the regular season undefeated.

But had it not been for that loss to USC, the Huskies wouldn’t have been invited to the Orange Bowl, where their victory over No. 2 Oklahoma put them in position to win the national championship.

The 1985 Orange Bowl made a sudden star out of quarterback Hugh Millen, who came off the bench to lead the victory. It made a permanent footnote out of running back Jacque Robinson (father of Nate), who remains the only player to win MVP honors in both the Rose (1982) and Orange (1985) bowls.

The game also included one of the most unusual spectacles in college football history: The Sooner Schooner mascot drawing a costly penalty. This is what happened:

Early in the fourth quarter, after Tim Lashar kicked a 22-yard field goal to give Oklahoma a 17-14 lead, a penalty was called on the Sooners that nullified the score. Rex Harris, driver of the Sooner Schooner, a Conestoga wagon pulled by two ponies, immediately charged on the field for a brief celebration, apparently not realizing that a flag had been thrown.

Officials promptly called a 15-yard unsportsmanlike penalty on the cheer squad and tacked it on the first penalty. The 20-yard setback made Lashar’s next attempt a 42-yarder, which was blocked by Washington’s Tim Peoples. Inspired by the momentum swing, the Huskies scored two TDs in less than 60 seconds and won the game.

The 1984 Huskies rank among the most memorable bowl teams in Washington history, along with the following:

Season: The Huskies might have received national championship consideration if they had beaten USC Oct. 17. But a 22-15 loss sent UW to Pasadena with a 9-1 record only a year after the school went 3-7-0.

Bowl: Two factors made this rout unlikely: Washington hadn’t been to a Rose Bowl in 22 years, and West Coast teams had served as New Year’s fodder for the Big Ten for as long as anyone could remember. But if Washington gave no inkling that history was about change, the first quarter removed any doubt. McKeta scored on a six-yard run, Fleming kicked a 36-yard field goal and returned a punt 53 yards for another TD. The rout was on. Big Ten teams won 11 of the 12 previous Rose Bowls. Beginning in 1961, when Washington beat Minnesota 17-7, Pacific Coast Conference teams won 11 of the next 17.

Aftermath: Fleming and Schloredt were named Rose Bowl co-MVPs. The Huskies finished No. 1 in the Helms Foundation poll, No. 7 according UPI and No. 8 in the AP poll. Schloredt was also named AP West Coast Player of the Year.

Bowl: In the 27-20 victory over Michigan, Moon ran for two TDs and threw a 28-yard TD pass to Spider Gaines. Jackson made a key interception late to preserve the victory.

Aftermath: Undrafted, Moon went on to become a member of the Rose Bowl Hall of Fame, Canadian Football League Hall of Fame and Pro Football Hall of Fame. He currently serves as a Seahawks analyst.

Season (10-2-0): The Huskies spent seven weeks ranked No. 1 (AP and UPI) until John Elway shot them down at Stanford 43-31. Washington’s only other loss came in the Apple Cup, when Washington State upended the Huskies 24-20.

Bowl: Having failed to beat WSU, which would have put them in the Rose Bowl, the Huskies accepted a bid to play Maryland in the Aloha Bowl. Cowan and Allen teamed up for three touchdowns, including the game winner with 11 seconds to play. Cowan threw for 350 yards, a school single-game bowl mark that stood until Keith Price threw for 438 against Baylor in the 2011 Alamo Bowl.

Aftermath: Horton played 10 years in the NFL with Cincinnati and Dallas. He has served as an assistant with seven franchises and is currently the defensive coordinator of the Tennessee Titans.

Season (11-1-0): The Huskies won their first nine to rise to No. 1 in the AP poll, but lost 16-7 at USC, costing them a trip to the Rose Bowl. The loss sent Washington to the Orange Bowl, the first Pac-10 school to play in that game.

Bowl: Washington’s 28-17 victory over the second-ranked Sooners  — Millen threw the go-ahead TD pass to Pattison and Robinson won offensive MVP honors by rushing for 130 yards – enabled the Huskies to finish No. 2 in the final AP poll.

Aftermath: Ten players off the 1984 and 1985 Washington teams were selected in the NFL draft.

Bowl: After a scoreless first quarter, a 7–7 tie in the second, and 13–7 Husky advantage after three, the game became the most lopsided contest between two top-5 teams in Rose Bowl history. Hobert ran for a touchdown and threw two touchdown passes as the Huskies clinched a share of the national championship.

Aftermath: Emtman won the Outland and Lombardi awards, was named a consensus All-America, and was the first player selected (by Indianapolis) in the 1992 draft.

Season (11-1): The Huskies won three of their first four and then reeled off seven consecutive wins to earn the bowl berth. Nearly every game was a cardiac, come-from-behind affair as the Huskies claimed five of their final seven by less than a touchdown. That ended with a 51-3 thumping of Washington State in the Apple Cup.

Bowl: Tuiasosopo threw for a touchdown and ran for another in out-dueling Purdue’s Drew Brees. Washington finished No. 3 in the national polls and Neuheisel became the first former Rose Bowl MVP to coach a Rose Bowl-winning team.

Aftermath: Neuheisel coached the Huskies through 2002, never coming close to another Rose Bowl berth. He was fired amid a scandal in 2002.