After missing the week of practice, RB Marshawn Lynch and DT Brandon Mebane were declared out for the Monday night game against Detroit. 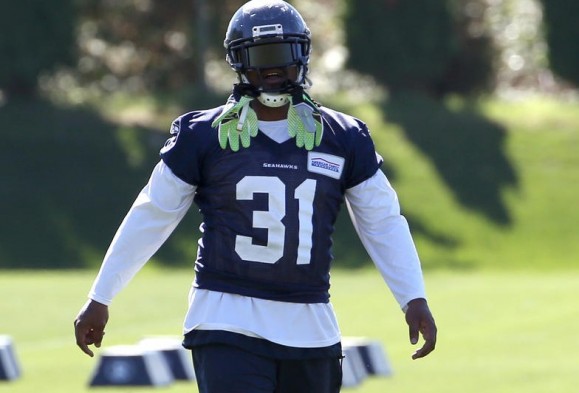 Marshawn Lynch wore Kam Chancellor’s jersey at practice in a show of support during his holdout. Now, it’s Lynch who will be absent Monday. / Seahawks.com

The Seahawks Sunday ruled out RB Marshawn Lynch and DT Brandon Mebane for Monday night’s game with the Detroit Lions at CenturyLink Field. Lynch is nursing a hamstring injury and Mebane did not practice all week after a groin injury against the Chicago Bears. The Seahawks (1-2) also downgraded LB Bruce Irvin to questionable with an ankle injury following a Saturday walk-through.

Lynch played sparingly in last week’s 26-0 victory over the Bears. Thomas Rawls will receive an opportunity to build on the 104-yard rushing performance he produced in his first career start. Jordan Hill is expected to fill in for Mebane.

Lynch, who has 128 rushing yards this season, underwent an MRI after the Bears game. The Detroit game will mark only the second time Lynch will sit since he joined the Seahawks in 2010, and the first time since 2011.

Two other Seahawks, CB Tharold Simon (toe) and S Steven Terrell (hip), had previously been ruled out of Monday’s game.