Coaches and players, along with ESPN, drew a blank on the controversial batted ball by K.J. Wright following the late-game fumble that saved the Seahawks’ victory. Refs too. 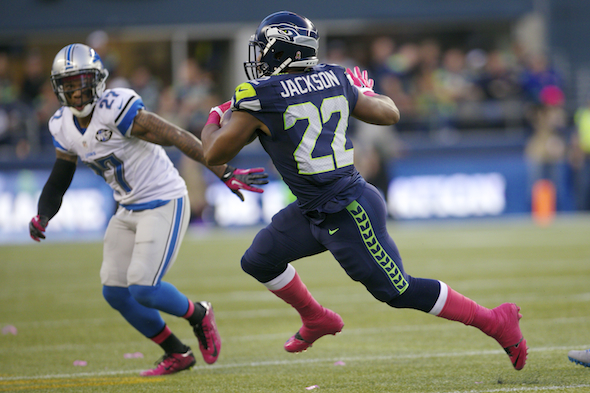 If you’re a relative novice as a football fan, and you didn’t understand the confusion over the Seahawks’ last defensive play Monday (video) that saved a victory, don’t be ashamed. In separate interviews Tuesday, Pete Carroll and a predecessor as Seahawks coach, Mike Holmgren, didn’t understand it either.

Nor, Holmgren claimed, did back judge Gregory Wilson, who started to pull the penalty flag from his pocket, then stopped.

“I didn’t know that rule either,” he said. “I would have done the exact same thing (that LB K.J. Wright did). Never seen it come up. Don’t know how anybody would have known that one.”

Carroll said post-game he knew that a loose ball in the field can’t be batted forward, and said he coaches players “it’s better to knock the ball out of bounds” if a player is unsure whether he can recover it cleanly when it’s Seattle’s possession.

But a loose ball in the zone, by rule, can’t be batted in any direction. Wright would have been in the clear had he made an effort to grab the ball and it bounced away. But Wright admitted the obvious to all who watched — he deliberately knocked it out.

“He made a smart football play to help the ball go out of bounds, thinking we would maintain control,” Carroll said.

Even ESPN missed the uncalled call. The network focused all of its game-ending attention on Chancellor’s remarkable strip of Johnson, neglecting to mention Wright’s unpunished action.

We all missed it live,” ESPN producer Jay Rothman wrote to Pro Football Talk. “Clearly, had we caught it, we would have extended the looks of all angles. And had we done so, the booth would have clearly seen the illegal tip. Having said all of that, it would not have determined the outcome of the game, as currently an illegal tip is not reviewable.”

Carroll didn’t know about the controversy until well after the game ended. Nor did Joe Caldwell, the Lions coach who mostly shrugged off the misfortune Tuesday:

Carroll was disappointed that all the post-game attention on the non-call took away from the appreciation of Chancellor’s stunning play.

“I just think it’s unfortunate because it was such an incredible play,’’ Carroll said on the radio ahow. “An incredibly poised, disciplined, fully-in-the-moment play by Kam and also K.J. It was a perfect play to end a game in a dramatic fashion.’’

As Chancellor was being interviewed on the field after the game by Fox TV, teammate Michael Bennett barged in and loudly told Seahawks owner Paul Allen to show Chancellor the money.

“Pay him. Pay him!” Bennett screamed into the camera. “Paul Allen is the 17th-richest man in the world. Pay him!”

Chancellor held out of training camp and the first two games while demanding an improved contract that has two more years to run. But after the Seahawks stood firm, Chancellor, minus two game checks worth about half a million dollars, gave in and came back.

In the eight quarters since his return, Seattle’s defense has permitted only one field goal.

Bennett has his own motive: He also contemplated holding out after out-performing his contract. He came in, but any success by Chancellor in renegotiating a deal would have opened the door to same for Bennett.

Carroll said backup RB Fred Jackson may have a high ankle sprain, a more serious kind. Carroll hoped that Marshawn Lynch, who warmed up Sunday but sat out of the game with a hamstring strain, may return for Sunday’s game in Cincinnati against the 4-0 Bengals . . . Carroll said he was dropping the phrase “work in progress” to describe the team’s weak link, the offensive line. “We need to get better now,” he said. But he didn’t commit to any personnel changes in a short week of practice: “I don’t know. If we have to make some decisions we’ll make some decisions, but we are trying to figure it out.’’ One point of emphasis will be improving the shotgun snaps from newbie C Drew Nowak: “That needs to be a non-factor and that was a factor last night on a number of plays. Drew’s got to do better on that.’’ . . . The Seahawks are tied with the San Francisco for fewest offensive touchdowns in the NFL through four games: five.