A string of fourth-quarter flops, including Sunday, has at least one Seahawk thinking that life at the top has created some expectation that things will come easily. 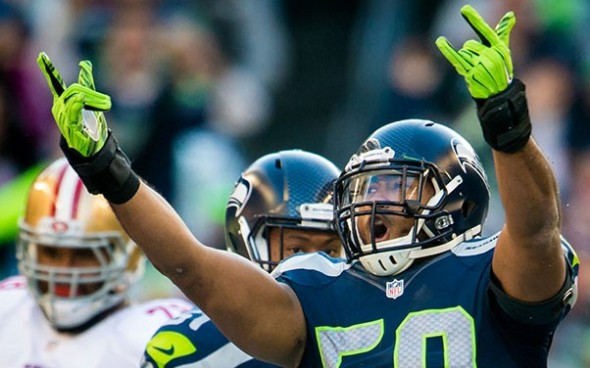 K.J. Wright is aware that an edge must be regained. / Seahawks.com

The physical readiness of Seahawks LB Bobby Wagner for Sunday’s home game against undefeated Carolina is iffy. The bigger question is the emotional readiness of the Seahawks’ defense.

The ultra-proud defenders had 17 points shoved in their grills by Cincinnati’s No. 2-ranked offense in the fourth quarter and overtime of a 27-24 loss that was worse than a standard defeat: The Bengals beat Seattle at its own game.

Cincy played error-free ball with explosive plays, dominated on defense and took the regulation clock down to 00:00 for the game-tying field goal, a script ripped from the Playbook of Pete.

Many of the Seahawks’ defensive lapses are technical and tactical, most of which are typically fixable. What is more elusive is whether the Seahawks’ defensive swagger remains intact. The loss did not fall exclusively on the defense; late-game flops by the offense and special teams contributed at least as much. But the Seahawks defense for the past four years has been relied upon to clean up the mess.

The intensity of play at the end of Sunday’s game seemed lacking. The notion is growing that all the franchise’s sustained success, and its accompanying rewards, are starting to rob some players of an edge.

LB K.J. Wright said Wednesday that the subject came up in team meetings.

“It can get to you,” Wright said before practice. “You probably think you have the game won when it’s really not over. That can definitely get to you, and we definitely talked about that today and we just have to get out of that mode, stay hungry and stay attention to detail.”

Asked about a loss of edge, SS Kam Chancellor wasn’t having it.

“Nope,” he said. “It isn’t difficult. Playing football is fun. That’s the edge, going out and having fun. For me. it’s not difficult to maintain an edge. Can’t speak for anybody else.”

A part of the late-game falloff was the fact that the Bengals had a 40-30 edge in time of possession, which is significant when it comes to chasing around a high-powered offense.

Well-conditioned players will rarely admit to fatigue, but Carroll was willing.

“It was a challenge,” he said of the defense’s time on the field. “In particular, a lot of our front-line guys play on special teams. You can ask Richard (Sherman) about that. He’s a big factor in special teams, so that is a lot of plays for those guys.

“We have to take that into account as we prepare them this week.”

The fourth quarter sag is not new. The Seahawks have had fourth-quarter leads in every game this season (as they did in the Super Bowl), and are 2-3. Carroll said he’s studied the collective shortcomings.

“I have looked at it in depth to try and see what kind of patterns are there — I chronicled every play and would look to see what happened,” he said. “It’s interesting to see how it goes. When (an opponent) does make it back into a game and they’re successful, similar things happen.

“There’s usually a couple big plays; sometimes there’s a penalty that makes a difference in the field position. They’re able to capture the moment. We’ve missed a couple of those moments and those opportunities, sometimes because we’re just a bit out of alignment (or) we’re trying to make a play that isn’t quite there . . . we’re still looking for a better pattern of calls to make sure that we’re successful.”

Asked whether things can be done differently, Carroll said, “Sure. I’m not telling you. Why would I tell you?”

Everyone laughed, including Carroll. It was probably good for him. He has an intense few days to figure out how to get the Seahawks to 3-3 against a team that three times in three years in Charlotte has dragged Seattle to the wire and lost.

Presumably they will arrive with a bad attitude. The Seahawks defense is in search of an old attitude.

Carroll said the return of Wagner, who tore a pectoral muscle Sunday, will be a game-time decision: “It’ll go all the way to the game for sure. He’s determined to play, he wants to play and he thinks he can.” If he can’t go, Wright would move to the middle and Kevin Pierre-Louis would get his first career start in Wright’s usual spot . . . Carroll confirmed the signing of CB Crezdon Butler to the 53-man roster, and the promotion of LB Nick Moody from the practice squad. They replace WR B.J. Daniels and RB Rod Smith, who were waived Tuesday. Smith was subsequently claimed off waivers by Dallas, joining Christine Michael as former Seahawks running backs hired by the Cowboys the past month.