In order to return to the Super Bowl, the Seahawks will have to turn history on its head. No team that started with four defeats in its first six games has ever reached the game. 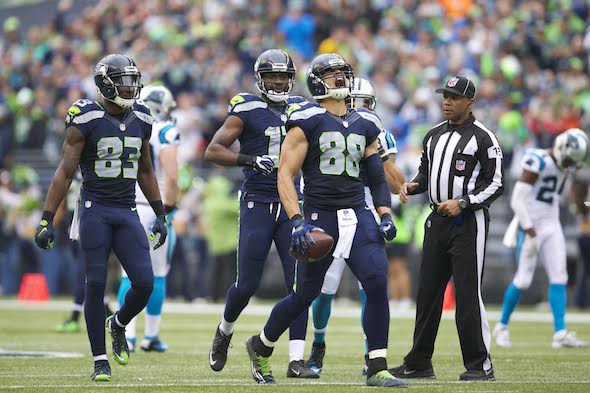 Pete Carroll on 710 ESPN Monday morning: “Here we go again. How do we get through this? It’s a challenge.”

The short answer is that the Seahawks don’t get through it if the goal is to return to the Super Bowl. The longer answer is that, with an absurdly good finish, they still have an opportunity to reach the postseason, but the odds against are long. According to Stats Inc., only 8.3 percent – 14 of 168 — of playoff teams since 1990 started 2-4.

Of the 14 that opened 2-4, seven lost in the wild card round, five in the divisional round, and two in the conference title game. Five of the 14 lost the elimination game by more than 20 points. The average losing margin was 16.5 points. The last team to start 2-4 and make the playoffs: the 2011 Denver Broncos. They finished 8-8 and were blown out 45-10 by New England in the divisional round.

Now 2-4 after botching yet another fourth-quarter lead — do the Seahawks miss Dan Quinn, or what? — Sunday against the Carolina Panthers, the Seahawks will have to turn history on its head to reach the Super Bowl. For this reason: No team with four losses after six games has ever done that.

In fact, of the 98 teams that have played in the Super Bowl, only seven (7.1 percent) got there after starting 3-3, including last year’s Seahawks, who won nine of their final 10 to finish 12-4 and claim the NFC’s No. 1 seed. These teams reached the SB despite 3-3 starts.

Two years ago, when they won the Super Bowl, the Seahawks featured the NFL’s most dominant fourth-quarter team, outscoring opponents by 55 points (115-60). Last year, the Seahawks also outscored foes in the fourth, piling up another 55-point advantage (122-67). But this year the Seahawks are already -28.

The Seahawks are not the worst team in the league in terms of fourth-quarter scoring differential (Tennessee is -40), but they are by far the worse among teams listed by Bovada last week as the most likely Super Bowl winners (each was 15-to-1 or better):

Heads up: The Seahawks play the San Francisco 49ers Thursday night at Levi’s Stadium in Santa Clara, CA. Colin Kaepernick has an 84.7 passer rating this season, but a 108.2 mark in the fourth quarter, in which the 49ers have outscored their opponents 45-41.