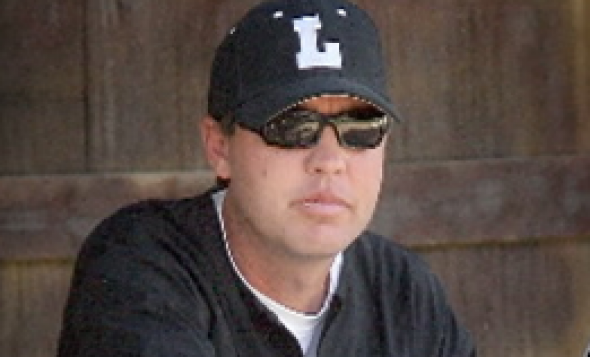 Andy McKay might be the key to making the many average Mariners players a little better.

The hottest chap in Major League Baseball right now is New York Mets 2B Daniel Murphy, the National League Championship Series MVP who hit home runs in a postseason record six consecutive games. He will attempt seven-for-seven when the World Series commences against either Kansas City or Toronto.

Murphy, 30, is also going to be a free agent this off-season. Multiple baseball sources have said the Mets will not bid because they have younger, cheaper prospects they like better.

Since Murphy has also played first base, as well as third base, in his seven-year career with the Mets, and since the Mariners have a need at first base — unless you consider sufficient the 162-game totals of a .235 batting average, .702 OPS and 77 RBIs cumulatively for the four gents who played the position in 2015 — it’s reasonable to guess the Mariners would be interested.

That thinking omits a key factor: Jack Zduriencik is no longer general manager.

If his successor, Jerry Dipoto, were to have interest in Murphy, I would eat every nice word I said about his hire, plus a tablecloth and a couch.

Murphy is a Z-Man, the sort who characterized Zduriencik’s seven-year tenure that produced two winning seasons and no playoffs: A Justin Smoak/Dustin Ackley/Mike Zunino taker of large resources in return for mediocre output.

Which is not to say that Murphy is a bad player. He’s hit between .281 and .291 in each of the past four seasons, doesn’t strike out a lot and is a versatile, adequate infielder of limited range. But he is not what the post-season power display makes him seem.

Murphy is not a power hitter. In the regular season, he had a career-high 14 home runs. He has 62 in his career. Baseball-reference.com calculated that Murphy’s six-in-six streak had a probability of 0.0002 percent. For comparison, the Washington Post wrote the probability of Murphy or anyone in the U.S. being struck dead by lightning is 0.0083 percent, or about 53 times greater.

Murphy has a salary of $8 million this year, and likely will make bigger bank from some team in the off-season. By now, every team has a metrics analyst who will warn away his bosses from making a big investment, but the sparkly-shiny aspect of Murphy’s postseason will cause some GM to succumb, likely out of desperation for a quick fix.

Certainly, that’s how the Mariners have operated, RF Nelson Cruz being the latest example. Even though he had a fine output in his first season as a Mariner, the rest of the team around him regressed, helping create a drop from 87 wins in 2014 to 76.

That’s what failed the Mariners last season. Which is why Mariners fans should muster at least a golf clap for Dipoto’s first major hire: A mind coach.

Andy McKay is the Mariners’ new director of player development. I know, I know:  You didn’t know they had such a position, since aside from 3B Kyle Seager, Mariners prospects didn’t develop until they went to other teams.

McKay was a successful college coach unknown to Dipoto until they met a week ago. McKay is a disciple of sports psychologist Harvey Dorfman, whose book, The Mental Game of Baseball, is well-regarded by many in the business, including former Mariners pitcher Jamie Moyer.

McKay summarized his key understanding in an interview with mynorthwest.com.

There it is, Mariners fans. For every Cruz in baseball, there are 10 Ackleys, guys who need help to get out of their own way. The mind game is the key to getting the most out of physical potential.

This is hardly news. But baseball’s stubborn traditions typically force players to hunt down help around the edges of the game. What if the mental aspect of peak performance was given a priority and built into the culture of the franchise?

Imagine a passel of younger Mariners players getting as much out of their physical abilities as Moyer did with his, or as Pete Carroll gets out of his low-round draftees and undrafted free agents with the Seahawks.

But imagine a time when Zunino, or Brad Miller or Ketel Marte, drives home a runner in scoring position. Since it barely happened last season, it’s asking a lot of the imagination of Seattle fans.

Who knows? Maybe it’s happening with Murphy, who is as bewildered as everyone watching him.

“I can’t explain why the balls keep going out of the ballpark, but they do,” Murphy said. “And we keep winning ballgames, which is the most important part and the coolest part.”

A decisive edge is trapped within most every healthy major-league-level athlete. The Mariners almost never have been able to find it on a sustained basis.

Imagine if they did.