For his 3.5 sacks against the San Francisco 49ers Thursday, Seahawks DE Michael Bennett was named the NFC defensive player of the week. It’s a career first for Bennett. 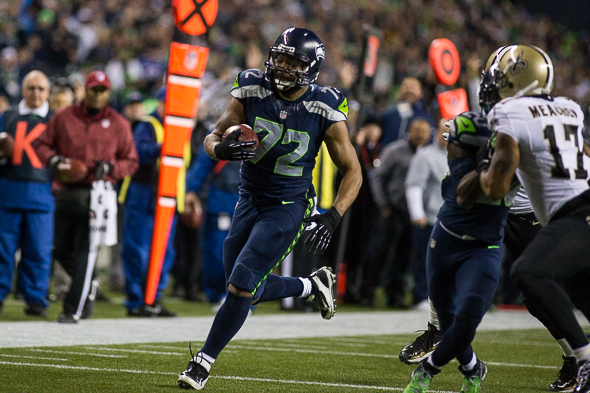 Seahawks DE Michael Bennett has been named the NFC’s defensive player of the week for his 3.5 sacks in the 20-3 victory at San Francisco last Thursday night. The weekly award is the first for Bennett, who came within a half-sack of matching the club single-game record of four, held by five players, most recently Chris Clemons against the Green Bay Packers in 2012.

Bennett has 6.5 sacks this season and is tied for the NFL lead with Carlos Dunlap of Cincinnati and New England’s Chandler Jones.

Bennett is the second Seattle player to win an NFC award this season. Tyler Lockett was named special teams player of the month for September after returning a punt 57 yards for a touchdown at St. Louis and a kickoff 105 yards for a score vs. Chicago.

The Seahawks (3-4) return to action Sunday at Dallas (2-4), where they will face a Cowboys team coming off four consecutive losses.