Cowboys interim QB Matt Cassel hasn’t had a banner NFL career, but he delivered one of the greatest performances by an opposing quarterback against the Seahawks five years ago. 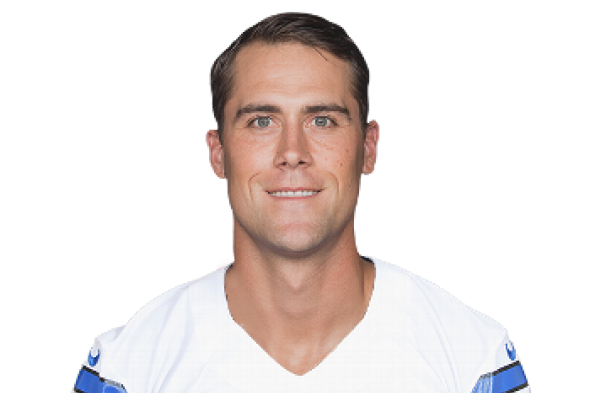 Not much has gone right for the Dallas Cowboys this season, a circumstance hugely delightful for the multitudes across America who find owner Jerry Jones and his massive ego/maw one of the major blights in sports. Only months removed from an NFC East title (12-4) and near-appearance in the NFC Championship, the Cowboys are last in the division (2-4), stuck on a four-game losing streak and saddled with injuries and negative personnel issues.

WR Dez Bryant is questionable for Sunday (likely a game-day decision) as he recovers from a broken bone in his foot. DE Greg Hardy continues to be a knucklehead, and now RB Joseph Randall is facing NFL wrath for violating the league’s personal conduct policy.

Matt Cassel is the temporary starting quarterback in this dysfunctional circus. A 33-year-old backup for most of his career, he rode the bench at USC under Pete Carroll a decade ago. Cassel joined the Cowboys Sept. 14, coming over in a trade from Buffalo. When he faces the Seahawks Sunday, he will be coming off a three-interception meltdown against the New York Giants that went a long way toward ensuring a 27-20 Dallas defeat.

Cassel entered the NFL as a seventh-round pick by New England in 2005, and also played for Kansas City, Minnesota and the Bills before the trade to Dallas. Nearly offsetting his 97 career TDS are 73 interceptions and a 79.8 passer rating, alien territory for Tom Brady and Aaron Rodgers.

But, as an advisory to the Seahawks, every once in a while Cassel can deliver a huge performance, such as the one he had against Seattle Nov. 28, 2010 with the Chiefs. Cassel threw four touchdown passes, no interceptions and posted a 129.3 passer rating in Kansas City’s 42-24 victory at CenturyLink Field.

This year marks the Seahawks’ 40th anniversary. In that time, they have faced more than a dozen Hall of Fame quarterbacks (starting with Roger Staubach and Terry Bradshaw) and several more destined for Canton, such as Brett Favre.

But only four had four or more TDs with no interceptions and a rating above 100.0):

Cassel never started a game at USC (Heisman Trophy winner Matt Leinart received all the starts), but has carved out an interesting NFL career. Mostly a non-entity at all of his franchise stops, he earned a Pro Bowl invitation in 2010, the year he lit up the Seahawks.

“I never take anything for granted,” Cassel said this week. “I was a guy who came in and had to work for everything I ever received in the NFL and I still take the same mentality. I never feel comfortable. That just goes back to my history. So I’ve just been a grinder.”

Carroll will not be surprised if his former student has a good game.

“We’ve seen Matt Cassell before and we know what he can do,” said Carroll. “He can throw the football around the yard. He’s done a nice job every place he’s gone. I like Matt, but we’re going to try to knock him around a little bit.”

With Bryant’s status uncertain, Cassel figures to focus on TE Jason Witten for two reasons: He has the best hands among Dallas receivers, and Seattle has been gouged by tight ends this season.

Among all receivers with at least 25 catches, and who have also been targeted at least 30 times, Witten ranks third in the NFL with a catch percentage of 80 percent.

But Witten won’t be the surest-handed receiver on the field Sunday. That nod goes to Seattle’s WR Doug Baldwin, who has 28 receptions on 34 targets for a catch percentage of 82.4. Highest such percentages in the NFL after seven weeks:

It is said often that Seattle lacks elite wide receivers. Baldwin went undrafted coming out of Stanford, and Jermaine Kearse was similarly snubbed after his career at Washington. But Kearse has 21 catches on 30 targets with no drops, a 70 percent success rate. Seattle’s wide receivers might not be elite, but when Russell Wilson throws them the ball, they generally catch it.

The Seahawks are 3-4. If they lose Sunday and fall to 3-5, they can still finish 11-5 with an eight-game winning streak. But . . . the Seahawks have never lost five times in their first eight games and reached the postseason (they’ve lost four twice and qualified).