Bailed out steadily by the defense, offense finally pulls together late for game-winning drive that gets Seahawks back to .500 — in a most harrowing manner. 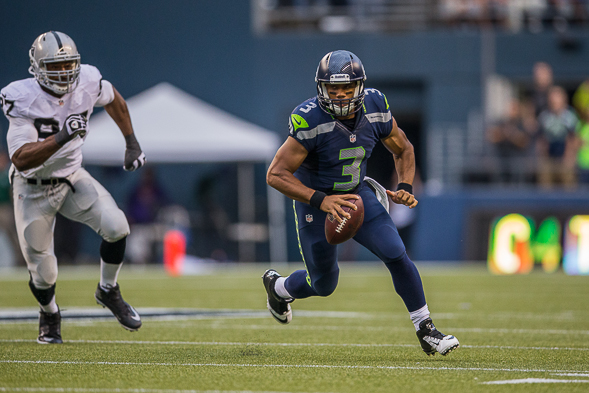 If the Seahawks’ play in the second half of the season turns out as it is scripted in the mind of coach Pete Carroll, the final drive Sunday in Dallas against a stout Cowboys defense will be etched in brass and mounted on a plaque somewhere along a wall at team headquarters.

Seventeen plays, 79 yards, 5 minutes, 35 seconds. To a field goal. With no penalties, no sacks of QB Russell Wilson, three third-down conversions in four chances, and no play longer than 15 yards.

If drives were canines, it would be a bulldog, not an adorable spaniel.

The drive was neither sleek nor exhilarating. What it was, was enough. So often in the NFL, the mandatory minimum works.

Despite missing starter Russell Okung (ankle) from the crucial left tackle spot, the Seahawks oozed past the Cowboys 13-12 in a key game for both that left Dallas (2-5) with a fifth loss in a row and virtually dead for the postseason.

For the Seahawks, it was progress. Incremental progress, but progress.

“We made it back to even,” Carroll said of the 4-4 record at midseason. “It feels similar to last year (5-3 at the midpoint). It’s unfortunate that it takes awhile for us. It’s an opportunity to observe where we’ve been, and if we put this second half together like we know we can, we’ll be very proud.

“We going on a (one-week bye) that gives us an opportunity to control our season, and see if we can do it. The last two weeks we’ve played tough physically, we’ve run the ball, had lots of communication and are pulling for one another.”

More pulling is being done by the defense, considering that the offense managed a single touchdown out of 330 yards. Its biggest play may have been a fourth-quarter tackle by Wilson after DE Greg Hardy batted up and intercepted a Wilson pass deep in Seattle territory. The pull-down of Hardy denied a certain touchdown.

When the defense, which denied a TD for a second week in a row, limiting the Cowboys and emergency QB Matt Cassel to 220 yards, forced Dallas to settle for a field goal, the three (likely four) points saved turned out to mean much.

Hardy, the latest of many controversial hires by Cowboys owner Jerry Jones, took advantage of Okung’s replacement, LT Alvin Bailey, on the rush, leaping high to interrupt the pass. It was splendid play, but among the relatively few gaffes by the heretofore beleaguered O-line.

The pass protection was sackless for the first time since the Super Bowl win over Denver in February 2014.

“We protected the quarterback today, against a legit defense,” Carroll said. “The guys were great at catching the football too.”

Also crucial was the play of Wilson down the stretch. Despite missing several passes earlier in the game that were usually routine, he pulled it together on the final drive, completing four of six for 43 yards and picked up another 30 on three runs. That accounted for all but six yards in the final drive.

His next-to-last rush, from a scramble on third down that went 10 yards for a first down at the Dallas seven-yard line, was purely a function of superior speed in beating defenders to the turn up-field along the sideline.

The drive was a product of game-long learning.

“It takes us a while to learn what’s there,” Carroll said. “It’s difficult for defenses when Russell can pull it down (to run) and Marshawn (Lynch) is the hammer.

“Russell made a couple of scrambles that were great. It wasn’t improvising; it’s the way we play. And the way we protected (in the drive) and got third downs was a crucial statement about execution.”

Late in the second quarter, WR Ricardo Lockette was knocked out and down during a punt return by a hit from SS Jeff Heath, who was penalized for a blindside hit. Lockette was carted off the field and hospitalized, but was conscious, talking and moving as he left.

Carroll, who said Lockette had a concussion and a sore neck and would remain hospitalized overnight, was moved by the reaction of players.

“What stood out was the love from his teammates,” Carroll said. “It was obvious, and they were very emotional about it. They were trying to handle their emotions, and gained control at halftime.”

By game’s end, they had control of the season again.