Free agent OF Franklin Gutierrez, whose career was presumed done after a series of injuries and ailments, signed a one-year deal with the Mariners after a 59-game comeback in 2015. 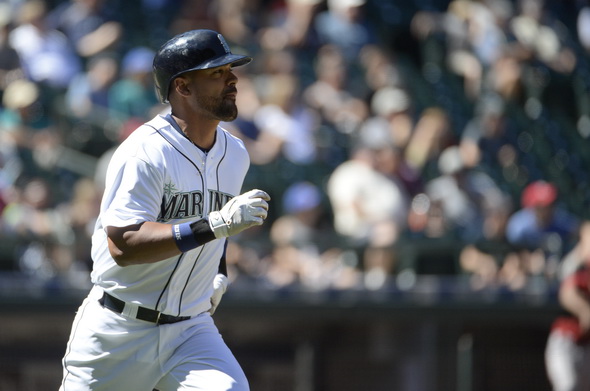 Franklin Gutierrez is back with the Mariners after hitting a home run every 11.4 at-bats the past season. / Alan Chitlik, Sportspress Northwest

The Mariners Wednesday signed free agent OF Franklin Gutierrez, who appeared in 59 games for the club last season, to a one-year contract. Injured or ill for most of the past three seasons and absent entirely from the 2014 campaign, Gutierrez returned and hit .292 with 27 runs, 11 doubles, 15 home runs and 35 RBIs after joining the Mariners June 24.

Gutierrez ranked fifth on the club with 15 home runs and led the team with 11.4 at-bats per home run.

Gutierrez sat out 2014 as he battled the effects of ankylosing spondylitis (a form of chronic inflammation of the spine and of the sacroiliac joints). Prior to 2015, Gutierrez last appeared in the majors in 2013, playing 41 games and batting .248 with seven doubles and 10 home runs.

He missed 106 games in two DL stints with a strained right hamstring, April 23-June 21 and  June 25-Aug. 25. Gutierrez battled several injuries and AS during a three-season span from 2011-2013 that allowed him to appear in 173 of 486 team games, while making six trips to the disabled list.