The Mariners sent closer Tom Wilhelmsen, James Jones and a PTBNL to the Texas Rangers in exchange for OF Leonys Martin and reliever Anthony Bass. 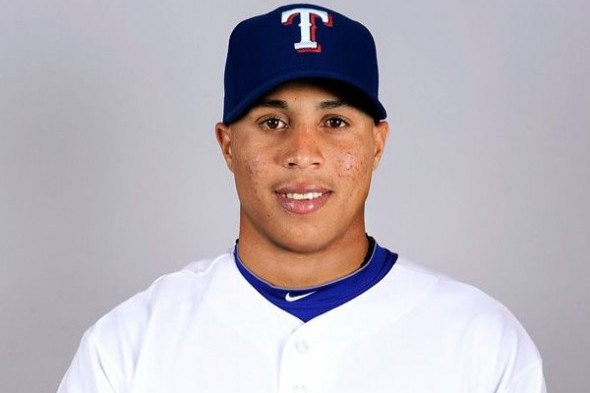 The Mariners Monday acquired OF Leonys Martin and RHP Anthony Bass from the Texas Rangers in exchange for RHP Tom Wilhelmsen, OF James Jones and a player to be named later. The 27-year-old Martin hit .219 with five home runs and 25 RBIs in limited time last season and Bass went 0-0 with a 4.50 ERA in 33 relief appearances.

“The addition of Martin gives us a premier defensive center fielder,” said GM Jerry Dipoto. “His athleticism and speed will be strong additions to our lineup as we continue to mold the roster. Bass will give our club added flexibility and depth in our bullpen.”

Martin, 27, had his season interrupted when he suffered a hamate fracture in his right hand Aug. 13 while playing for AAA Round Rock. He underwent surgery Aug. 26 to remove the hamate bone. Martin was activated from the minor league disabled list and recalled to Texas Sept. 20, appearing in one game the remainder of the season.

Over the last three seasons, Martin ranks fourth among MLB center fielders in defensive runs saved (44) behind the Mets’ Juan Lagares (56), Lorenzo Cain (49) of the Royals and Carlos Gomez (46) of the Astros.

Martin defected from Cuba in late summer of 2010 and established residency in Mexico before signing with the Texas organization. During his career in Cuba, he played five seasons with Villa Clara in the Cuban League, where he hit .314 with 38 home runs.

Bass, 28, last year limited opponents to a .269 batting average while walking 20 and striking out 45. Bass signed with the Texas as a minor league free agent Dec. 11, 2014 and made the Rangers Opening Day roster after being selected by the team April 5.

Bass was selected by San Diego in the fifth round of the 2008 draft out of Wayne State University and made his debut with the Padres in 2011. He was traded from the Padres to Houston for a player to be named later (Patrick Schuster) Dec. 11, 2013 and spen the 2014 season with the Astros.

Jones, 27, appeared in 28 games in center field the past season, hitting .103. He hit .272 in 72 games with AAA Tacoma. Jones played seven seasons in the organization after being selected in the fourth round of the 2009 draft out of Long Island University.

Wilhelmsen signed with the Mariners as a minor league free agent before the 2010 season. In addition to his 67 saves, Wilhelmsen closed out a six-pitcher, 1-0 no-hitter against the Los Angeles Dodgers June 8, 2012.