The Mariners traded minor league OF Ramon Flores to Milwaukee for Luis Sardinas, 22, rated among the top 100 prospects in 2014 by Baseball America and MLB.com. 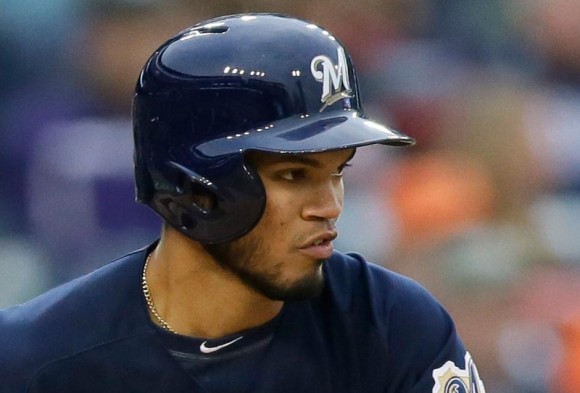 The Mariners Friday acquired INF Luis Sardiñas from the Milwaukee Brewers in exchange for OF Ramon Flores, who came to Seattle from the New York Yankees in the Dustin Ackley trade but never played for the big club.

The 22-year-old Sardiñas spent the majority of last season with AAA Colorado Springs, hitting .282 with 51 runs, 17 doubles, five triples, one home run and 33 RBIs with 16 stolen bases in 103 games. He also had two stints with the Brewers, hitting .196 over 36 games.

During his MLB career, he played second base, shortstop and third base. Sardiñas is a switch-hitter rated as a top-100 prospect by Baseball Prospectus and MLB.com in 2013 and 2014. He entered 2015 as the No. 3-ranked prospect in the Brewers organization according to Baseball America, after being acquired from Texas in the Yovani Gallardo trade Jan. 19, 2015.

The Mariners acquired Flores, 23, from Yanks with RH Jose Ramirez in exchange for Ackley July 30. With AAA Tacoma, he hit .423 in 14 games before being placed on the minor league disabled list Aug. 15 for the remainder of the season with a right fibular fracture.