Only three quarterbacks in NFL history threw five touchdown passes on their birthdays. Two of them have more in common than you might suspect. 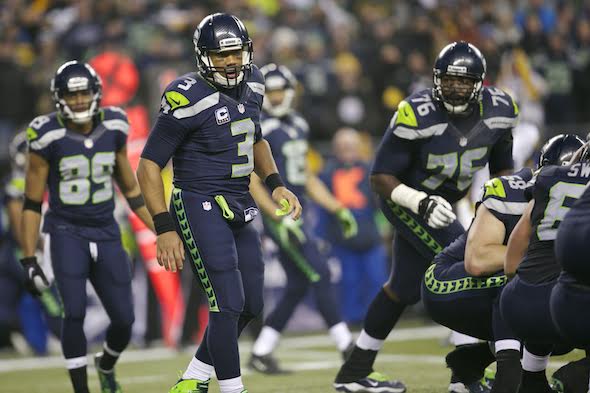 Mainly what we know about the pro football career of Frank Joseph Filchock (1916-94) is this: An Indiana native, “Flingin’ Frank” played quarterback for the Pittsburgh Pirates (now Steelers), Washington Redskins and New York Giants from 1938-46 and spent a season with the Baltimore Colts in 1950. He also had a five-year run the Canadian Football League (1947-48, ’51-53).

Filchock made two Pro Bowl appearances and, on Oct. 13, 1939, while with the Redskins, threw the first 99-yard TD pass in NFL history, to Andy Farkas, in a game against the Pirates, the team that selected him in the second round of the 1938 draft before selling him off to Washington.

For a time in the early 1940s, Filchock co-quarterbacked the Redskins with Hall of Famer Sammy Baugh. Filchock was banned from the NFL from 1947-50 for allegedly conspiring with gamblers to fix the 1946 NFL Championship game (later reinstated), thus explaining his time in Canada. Much later, Filchock served as head coach of the original Denver Broncos (1960-61) of the American Football League.

As it relates to today’s exercise, on Oct. 28, 1944, Filchock became the first quarterback in NFL history to throw five touchdowns on his birthday. He turned 28 that day, going nuts against the Eagles in a 31-31 tie at Philadelphia’s Shibe Park.

Filchock threw 44 TD passes his whole career, so his five birthday bombs were — and proved to be — statistically special. Forty-six years elapsed before another quarterback fired five on his birthday, and another quarter of a century slipped into history before a third accomplished the feat.

Both of Filchock’s successors were in the house Sunday when the Seahawks rallied to defeat Filchock’s original team, the Steelers, 39-30 at CenturyLink Field.

Russell Wilson, who turned 27 Sunday, focused the wealth on two receivers, tossing touchdowns of 16, 30 and 80 yards to Doug Baldwin and 12 and 9 yards to Jermaine Kearse. The 30-yarder to Baldwin midway through the fourth quarter iced the game, the 80-yarder to Baldwin inside a minute put a cherry on it.

It can probably be written off to mere coincidence, if there is such a thing, that two of the three five-TD birthday boys occupied the Clink Sunday. But to paraphrase the late radio icon Paul Harvey, there is more to the story. Look at the stat line for Moon’s birthday game and compare it to Wilson’s. Separated by 25 years, they are almost identical.

There’s something unique going on here, but it isn’t obvious yet.

Lots of quarterbacks have thrown five or more TDs in a game. In fact, there have been 175 such performances since 1960, including seven this season and one by rookie Jameis Winston. But in only 78 of the 175 did the quarterback not throw an interception. Moon and Wilson are part of that group.

The list dwindles quickly from 78 to 46 when a 70 percent completion rate is considered. Moon, who completed 24 of 32 against the Browns on his 34th birthday, and Wilson, who hit 21 of 30 against Pittsburgh on his 27th, are also part of the 46.

Of the 46 quarterbacks with five or more TD passes, no interceptions and a completion percentage above 70.0, only 28 also managed to add a passer rating above 140.0.

Wilson also went 4-for-4 for 137 yards and two touchdowns for a perfect 158.3 rating when he faced 3rd-and-10 or longer. That stat has epic written all over it.

“Russell played like crazy, he had a fantastic game,” Pete Carroll said postgame. “It is (for us) kind of an unorthodox way to play and win the football game, but that’s what we had to do. We’ve seen him in other games at times be able to have that kind of day. The last two games, he’s just playing lights out. We needed every bit of it, obviously.”

So 28 quarterbacks, including Drew Brees six times, Tom Brady and Peyton Manning twice each, plus Moon and Wilson among others, threw five or more TDs in a game with no interceptions, a 70 percent completion percentage and a passer rating above 140.0.

Another little oddity: A week after his 146.1 against Cleveland, Moon posted a 145.1 against Buffalo. A week before his 147.9 against Pittsburgh, Moon had a 138.9 against San Francisco.

Now for the final cutdown: Of the 28 with five touchdowns, no picks, a completion percentage above 70.0+ and a rating north of 140.0, only two also managed a final flourish: a fourth-quarter comeback and game-winning drive. The two? Second verse, same as the first:

And on their birthdays, no less.