Mark Trumbo and his likely $9 million salary, plus a player to be chosen, were sent to Baltimore for C/1B Steve Clevenger, who will back up Chris Iannetta behind the plate. 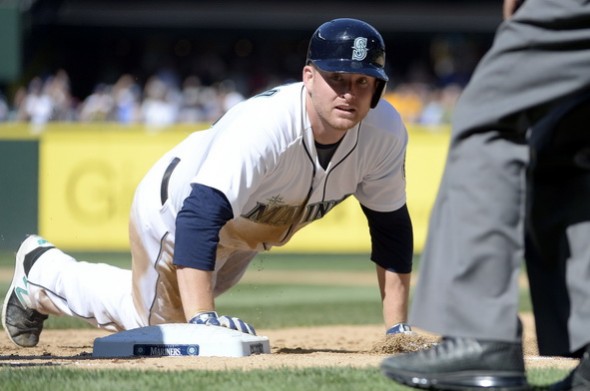 Clevenger, 29, a part-timer who played only 65 games over the past two seasons for the Orioles, will back up newly acquired Chris Iannetta.

Trumbo, acquired by Seattle June 3, was a likely trade option as soon as Dipoto said he wanted a more athletic team that strikes out less than many on a Mariners club that never contended last season.

The deal was also about money. Trumbo is in his final year of arbitration eligibility and is likely to make about $9 million. Clevenger is not yet eligible for arbitration and will make the minimum.

The only first baseman remaining on the 40-man roster is Jesus Montero, which suggests that the Mariners might use the salary savings and go after a full-timer in the free agent market.

Clevenger’s arrival means former No. 1 C Mike Zunino, who fizzled miserably at the plate and was demoted to AAA Tacoma, will remain there in April to see if changes in his swing mechanics have made a difference.

Riefenhauser was acquired Nov. 5 by the Mariners as part of a six-player trade along with RHP Nathan Karns and OF Boog Powell from the Tampa Bay Rays in exchange for 1B Logan Morrison, INF/OF Brad Miller and RHP Danny Farquhar.