Huskies to face So. Miss in Heart of Dallas Bowl

Washington (6-6) will battle (9-4) Southern Mississippi Dec. 26 in the Heart of Dallas Bowl at the Cotton Bowl. UW will be making its 36th overall bowl appearance. 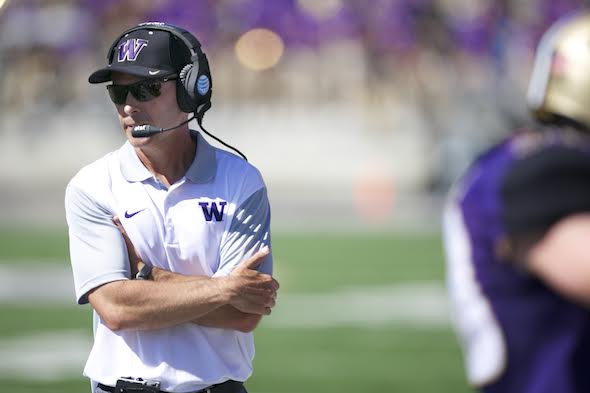 The University of Washington football team (6-6) makes its 36th bowl appearance Dec. 26 (11:20 a.m., ESPN) when it takes on Southern Mississippi (9-4) of Conference USA in the Zaxby’s Heart of Dallas Bowl at the Cotton Bowl — the first meeting between the schools.

Washington, which became bowl eligible by winning its final two regular-season games, including a 45-10 rout of Washington State in the Apple Cup, plays in the storied Cotton Bowl (opened in 1930) for the first time in program history against a Golden Eagles team that finished 7-2 in conference play but lost to Western Kentucky in the league’s title game.

The Golden Eagles played only one Power 5 conference opponent this season, losing to Nebraska 36-28 in Lincoln.

Owned and operated by ESPN Events, the bowl has had five previous editions. Conference USA teams have played in four, including Louisiana Tech last year, which defeated Illinois 35-18.

Tickets for the game can be purchased at gohuskies.com.

*=Amount each school will receive