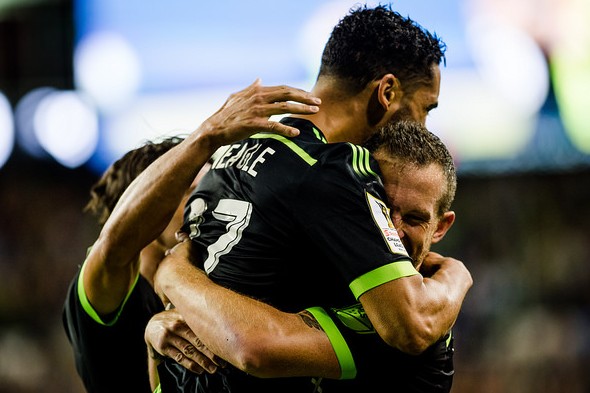 The Sounders confirmed Monday the rumors that circulated; Lamar Neagle has been traded to D.C. United in exchange for allocation money.

“Lamar has been a dedicated member of our team and an active participant in our community,” said Sounders GM Garth Lagerway in a statement. “As we move into the off-season these types of challenging personnel decisions are required, and the resources we are receiving in today’s trade give us further flexibility to enhance our roster for 2016.”

Neagle, from Thomas Jefferson High School in Federal Way, has scored 26 league goals across his three stints with the Sounders, tied for third in club history. The midfielder, 28, had a career-best nine goals in 2014’s Supporters’ Shield-winning campaign.

With the release of Zach Scott and Leo Gonzalez on Dec. 2, only captain Brad Evans remains from the original 2009 Sounders team.