BYU had interest in Darrell Bevell for its head coach vacancy, but Pete Carroll said he didn’t give the Seahawks offensive coordinator permission to interview. 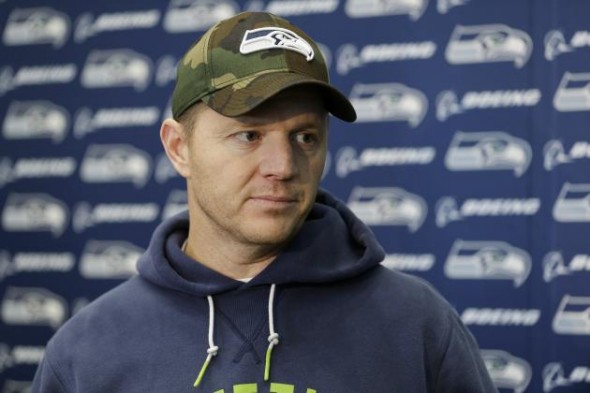 Carroll said Wednesday he told BYU athletics director Tom Holmoe, a friend from their days together on the staff of the San Francisco 49ers, that the timing doesn’t work.

“We’ve got a long season going on and (BYU has) got to go do their job and get ahead and get their decisions made, so Tommy’s going to keep working at it,” Carroll said. “Darrell would be an awesome choice for them, but he’s not available. He’s going to run with us and do what we’re doing. They’ve got recruiting and all kinds of stuff, so just the timing isn’t going to work for them.”

Bevell said he was good with the decision.

“I want to be a head coach,” he said. “That’s definitely true. But right now, there’s no good time for us. We’re doing things here that are unprecedented — going to two Super Bowls and making a push to continue — and I want to be part of it.

“If I do my job at a high level (a head coaching opportunity) will come. I’ll get a chance to do it.”

Asked if he has interest in a college job, Bevell said, “Some — I’d be selective.”

Bevell, 45, is an Arizona native who played quarterback at Wisconsin, where he helped beat UCLA in the 1994 Rose Bowl.  He’s been Carroll’s OC in Seattle since 2011. The Seahawks offense is ranked seventh in the NFL at 378.8 yards per game.