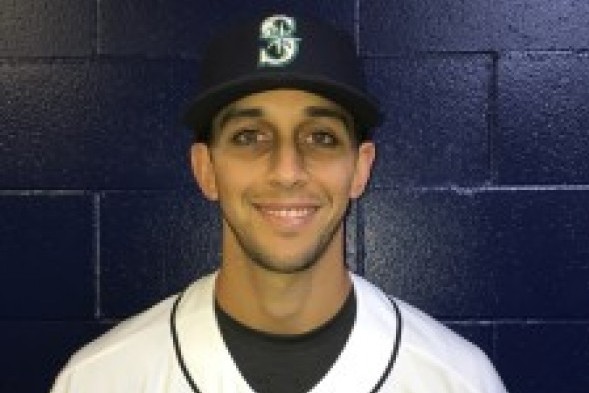 Mariners GM Jerry Dipoto confirmed Monday that free agent reliever Steve Cishek, officially signed to a two-year deal worth a reported $10 million, plus incentives, will be the team’s closer next season. Cishek said that he inked with Seattle specifically because of the opportunity to take the ball in the ninth inning.

“Steve joins us on a two-year contract and our intention is that he’s our closer,” said Dipoto. “He’s had a couple of 30-save seasons (with the Miami Marlins) and, obviously, he got off to a slow start last year. But he also had a fast finish. I think this is a very positive addition to the back of our bullpen and goes a long way to solidifying it.”

Cishek started the 2015 seasons with the Marlins but struggled with velocity and mechanics. He ultimately lost his closer’s job to A.J. Ramos, and then was traded to the St. Louis Cardinals July 24 for Kyle Barraclough. The Cardinals non-tendered Cishek following the season.

“Going into free agency, I was looking to pitch in the back end of the bullpen,” said Cishek. “My agent told me there were a couple of offers on the table, and I like to be the guy who has all the pressure on him and who finishes games. When Jerry (Dipoto) offered me a closing job, I jumped all over that. Jerry made so many moves to improve the team, and I just wanted to be a part of that. I’m all in.”

Last year, Cishek finished with four saves and tickets out of both Miami and St. Louis.

“Ironically. I had the best spring training of my career but for whatever reason I was obsessed with my velocity,” said Cishek. “Once the season started, I wasn’t happy with my mechanics and I overdid it. I had a tough time figuring it out.

I’m ready to turn the page and move on to next year. This is a tremendous opportunity for me. Just to have an opportunity to close games out again is mind-blowing. I’m excited to get this thing started. Plus, I love the stadium (Safeco Field) and the city is just gorgeous.”

“We are one year removed from Steve being one of the top closers in baseball,” added Dipoto. “His level of consistency has been remarkable. It’s reasonable to say 2015 was not up to Steve’s standards. But he seems to have done a nice job of fixing himself.

“You don’t have a lot of opportunities to bring on a closer of Steve’s magnitude. If we can given him the room to run, I think he’s fully healthy and ready to go. There’s no reason why he shouldn’t revert back to what he’s done before. If he hadn’t had that slight dip last year, he’d still be on the Marlins roster and we wouldn’t be having this conversation.”

Dipoto said that the signing of Cishek completes the off-season “heavy lifting.

“We might make a further addition, but with Steve, Joaquin Benoit and Charlie Furbush, we’re looking at what will be the back end of our bullpen.”