The Sounders Monday traded midfielder Marco Pappa to the Colorado Rapids in order to free up money to spend on the rest of the roster. 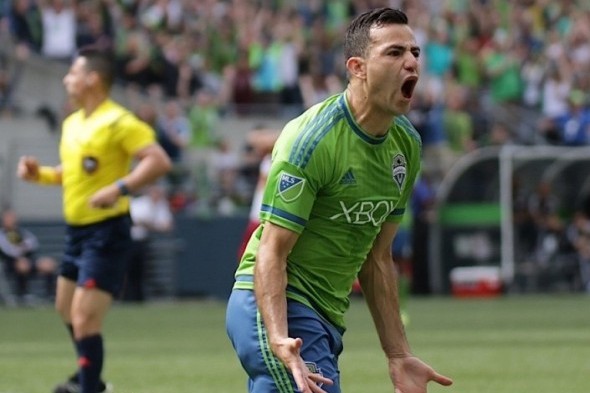 Marco Pappa played for the Sounders for two seasons. / SoundersFC.com

In a move largely for salary cap reasons, the Sounders Tuesday traded the rights to midfielder Marco Pappa to the Colorado Rapids in exchange for general allocation money. A Guatemala international who joined the franchise two years ago, Pappa scored nine goals and added 11 assists in 49 appearances during his Seattle career.

“It’s tough to let a good, creative, technical player like Marco go, but we felt compelled to complete this agreement in order to create the resources to build our team for the long term,” said Sounders general manager Garth Lagerwey in a club statement.  “We wish him all the best in Colorado and thank him for all the big moments he contributed to in Seattle over the past two years.”

Pappa, 28, six goals and five assists in 29 MLS games in 2014 and added three goals and a career-high six assists last year. Pappa’s biggest moment came when he scored a brace in the final 10 minutes of the 2014 regular-season finale against the LA Galaxy, securing a 2-0 win and the 2014 Supporters’ Shield.

Pappa’s most infamous moment with the club came July 19, in the early hours of the morning following a 1-0 loss to the Rapids, when Pappa was arrested for DUI and speeding on I-5. Pappa missed a month during league-mandated treatment, compounding Seattle’s depth issues after an already lengthy absence for the CONCACAF Gold Cup.

Prior to joining the Sounders, Pappa scored 26 goals and had 16 assists from 2008-2012 with the Chicago Fire. He has 49 career international caps and 11 goals for the Guatemala’s  national team, which currently has three points after two matches in Group C of CONCACAF 2018 FIFA World Cup qualifying.

The Sounders begin their 2016 preseason preparations in January with a pair of friendlies in Tucson against the Vancouver Whitecaps. No dates or times have been announced.