Vote now for Seattle Sports Star of the Year

The 81st annual MTR Western Star of the Year, Seatte’s biggest sports party, is Feb.10 at a new venue, the Paramount Theatre. Public voting is open for three categories. 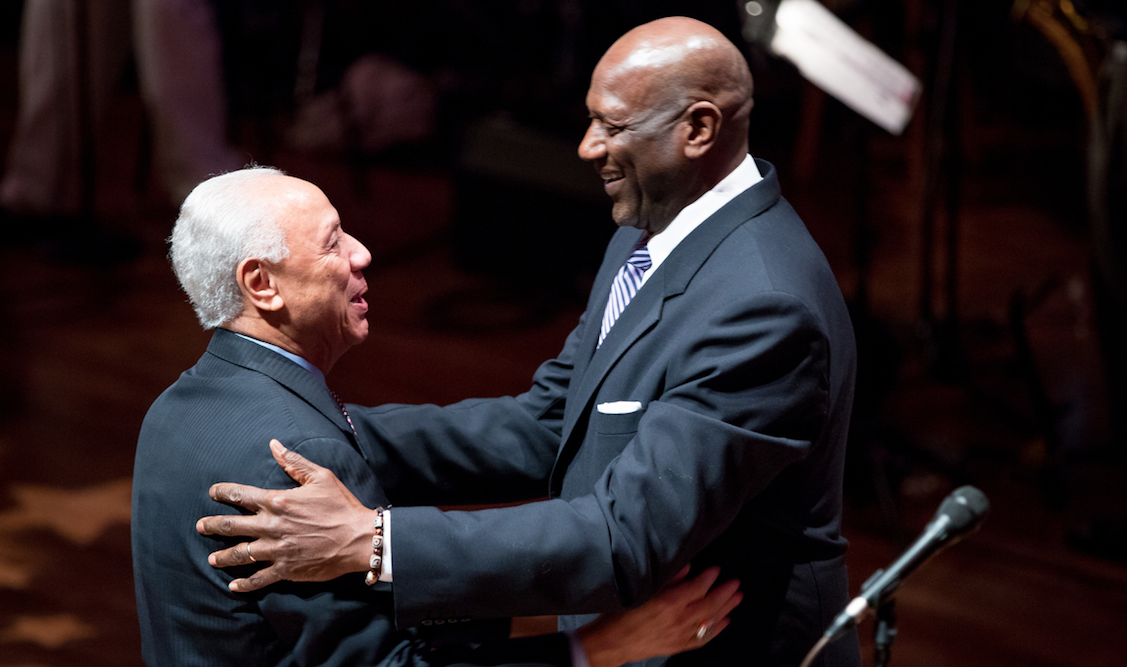 Public voting is underway for annual awards at the state’s premier sports party, the 2016 Sports Star of the Year, Feb.10 at a new location, the Paramount Theatre in downtown Seattle.

Sponsored by MTR Western and the Seattle Sports Commission, SSY in its 81st year is the longest-running event of its kind in the country. Hosted this year by Steve Raible, Seahawks play-by-play voice and KIRO- TV news anchor, and sportscaster Jen Mueller of Root Sports,  the event has honored some of Seattle’s most well-known and iconic sports individuals, legends, media members and philanthropists.

Honorees for four categories in 2016 have been selected by the Sports Star Committee, comprised of local sports historians, media members and other sports industry figures. Acknowledging the accomplishments of the honorees and nominees are the highlight moments of the event.

Given to an individual who has made a significant or compelling philanthropic contribution.

Ginger Ackerley and her late husband, Barry, owned the Seattle SuperSonics for 18 years. They were pioneers in simulcasting games on both radio and television, and also helped launch the WNBA’s Seattle Storm. They created a foundation that has provided early education grants for nearly 20 years.

Given to a member of the media for excellence in communicating the sports stories of our state.

Kevin Calabro was a fan favorite as the SuperSonics’ broadcaster for 19 years. When the team left in 2008, he stayed, calling games for the Seattle Storm, Sounders FC, Pac-12 Networks and national-network NBA games. Six times he was named state sportscaster of the year.

Given to an inspirational young athlete who has overcome major obstacles to inspire others.

Katie Collier played basketball her senior year at Seattle Christian High School while undergoing chemotherapy for leukemia and won McDonald’s prep All-America honors, a first for a state girl. Cancer-free, she tore ligaments in a knee during her first practice at the University of Washington. After a year of rehabilitation, the 6-foot-3 redshirt junior from Covington is the Huskies’ starting center.

Given to an individual for a lifetime of achievement in sports and who exemplifies the spirit of our state.

Warren Moon is one of the top quarterbacks in NFL history. He was the 1978 Rose Bowl MVP for the University of Washington (1975-77) and won five consecutive Grey Cups for the Canadian Football League’s Edmonton Eskimos. He spent 17 years in the NFL, including the 1997 and 1998 seasons with the Seahawks, and was a nine-time Pro Bowl selection. He was the first African American quarterback to enter the NFL Hall of Fame.

Information on individual tickets for $100, which includes the pre-event reception, plus table seating for groups of 10, can be found at www.sportsstaroftheyear.org.

2016 Sports Star of the Year nominees

Female Sports Star of the Year

Male Sports Star of the Year

Sports Story of the Year