Thiel: Michael is back with Seahawks — honest

Pete Carroll surprised all with the re-hire of RB Christine Michael, whose inconsistency made him expendable. But Michael is talking a better game. Sunday will show if he can walk his talk. 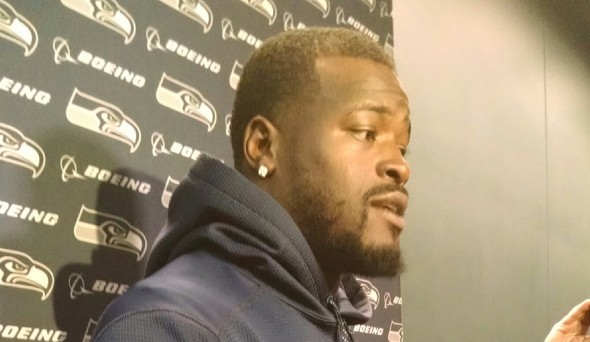 Welcome to the Last Chance Saloon, desperado Christine Michael. To paraphrase Don Henley: He’s come to his senses;  he’s been out mending fences for so long now.

To the astonishment of most everyone around the Seahawks, the running back was re-signed Wednesday and has a shot to start Sunday against Cleveland, along with Bryce Brown, cut twice by the Seahawks this year. Brown was signed Monday as the team grasps for remedies for the injury absences of Marshawn Lynch and Thomas Rawls.

In September, the former second-round draft choice was traded for a trifle. He was in a third season of being unable to consistently block, run routes or carry the ball without fumbling — at least commensurate with his status as a second-round draft pick.

He would never be the successor to Lynch, as some hoped. But now he might be a temporary replacement.

Michael’s measurables as far physical tools were immense. But to the consternation of his coaches, he could never get his head right. Here’s what offensive coordinator Darrell Bevell said after Michael was traded to Dallas for a seventh-round draft pick:

Pete Carroll wants things done a certain way. And after consecutive Super Bowl appearances, he and his staff have a certain credibility. When Michael wouldn’t even shift the ball into the correct hand relative to tacklers, it was too much.

But here he was, returned mostly out of the Seahawks’ own sense of desperation. The Seahawks have to have a credible running game to take pressure off a passing game whose renaissance is unlike Seattle has seen in 40 years.

They don’t know if Michael or Brown are capable. But the two will duke it out in practice this week for the opportunity Sunday.

In his return to his native state, Michael, 25, did little in his time with the Cowboys: 15 carries for 52 yards over five games, including four for 20 in the loss to the Seahawks. The Cowboys cut him and Michael found himself on the practice squad of the Washington Redskins when the Seahawks called his agent Tuesday.

“He told me, ‘You’ll be getting a call from Seattle,'” Michael said. “It was wild, man. Believe it or not, I’ve been keeping up with Seattle all season, in Dallas and Washington. They’ve been doing a heckuva job, on a roll.”

But Michael, who rushed for 254 yards on 52 carries in his first two seasons, first had to sell Carroll and GM John Schneider on the idea that he was no longer the cocky kid who thought he knew it all.

“They wanted to know what my mind set was,” he said.  “I told him and John, I’m here to work. I’ll give you guys all I have.

“Going from Dallas, to the Redskins . . . it was different. Something I’m not used to. I learned something from Dallas and Jason Garrett, and I thank him for the opportunity he gave me. Same with (the Redskins). I’m just happy to be back here with the guys I call my brothers.”

Michael said he understood what Carroll wanted from him now, as well as then: Consistency.

“Like (Carroll) told me, some days I be on a roll, some days I be focused, and it’s true,’’ he said. “I have a couple good days and then I, you know . . . I’ve just got to show them consistency. Work like these other guys. And they do have guys that work: Doug (Baldwin), (Jermaine) Kearse, and on the defensive side Earl (Thomas), all those guys. And that’s what I want to follow and what I need to follow.’’

Carroll was asked why Michael was cut.

“He was up against Thomas Rawls,” Carroll said. “Thomas really lit us up in his play.  It wasn’t so much what (Michael) didn’t do, it was what Thomas was doing.

“Michael is a very explosive player and we’re hoping that he can give us some of that. We’ll see where that fits together . . . he’s hungry and he’s ready to go.”

Since Brown has practiced with the Seahawks but not played in a game — his last action was with Buffalo a year ago — Michael may have an edge for Sunday.

“Under these circumstances, (experience) does help us,” Carroll said. “He’d been with us for a long time. That doesn’t mean that he’s going to be the featured guy, or starter, or anything like that. He’s just coming here to try to help us out. We’ll see how that works out.

“It is good to be able to pull somebody in that has that kind of background.”

In September, no one around the Seahawks would have imagined that being said about Christine Michael. Then again, no one expected Michael to have the word “humble” in his vocabulary.