Dave Henderson, selected by the Mariners in the first round of the 1977 draft, spent six seasons playing center field in the Kingdome. He passed away Sunday morning. 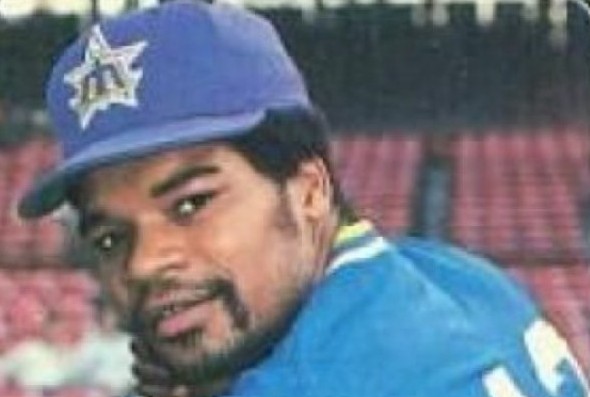 Dave Henderson, who played 14 seasons in the majors, including six with the Mariners (1981-86) after they selected him in the first round of the 1977 amateur draft, died Sunday at Harborview Hospital in Seattle  following a massive heart attack. Henderson was 57.

“On behalf of the Seattle Mariners, I want to extend our deepest sympathies to Chase and Trent and Nancy and to Dave’s many friends,” Mariners team president Kevin Mather said in a statement. “He was a devoted father to his two sons and always willing to help someone in need.

“Dave was one of the most popular Mariners in our history, but Dave was also one of the most popular players in Red Sox and A’s history. He had a special ability to connect with people, both inside the game and in the communities in which he lived. I never saw him at the ballpark, or on the golf course, without a big smile on his face.”

Henderson is survived by his sons, Chase and Trent, and his wife Nancy. His first wife, Loni, also survives him.

Born July 21, 1958 in Merced, CA., “Hendu” graduated from Dos Palos High School in 1977. The Mariners made Henderson the first No. 1 pick (regular phase) in franchise history.

After spending two seasons in Boston, Henderson played six seasons in Oakland. He finished his career in 1994 with Kansas City at age 36.

Henderson hit .258 for his career with 197 home runs and 708 RBIs. He is perhaps best remembered for the two-out, two-strike home run off Donnie Moore in the 1986 ALCS that helped send Boston to that year’s World Series, in which Henderson batted .400 with two home runs in a losing cause to the Mets.

Henderson’s greatest success came with the A’s from 1988-91 when the Athletics reached the World Series three times. Henderson, who won a World Series ring in 1989, made his only All-Star team in 1991.

In eight postseason series, Henderson batted .298 with seven homers and a .570 slugging percentage.

“Dave was well known, and well loved, for his always positive attitude and huge smile,” the Mariners statement said. “He cared deeply for his family and his community, raising hundreds of thousands of dollars to support research into Angelman Syndrome (www.angelman.org), a genetic disorder that affects his son, Chase.

“Dave was also one of the founders of Ricks Toys For Kids, a charity which provides dozens of agencies and thousands of children who otherwise would not receive a gift Christmas presents each year.”

“The A’s are saddened to hear of the passing of Dave Henderson,” the team said in a statement. “Henderson was an instrumental part of the A’s 1989 World Series Championship club and an even more impactful member of the A’s family and community. Hendu and his smile will be sorely missed. Our thoughts are with his family.”