Seahawks vs. Vikings: The Icemen Cometh

The National Weather Service is forecasting a high temperature in Minneapolis Sunday for the Seahawks-Vikings game 12 degrees below what it’s forecasting for the North Pole. 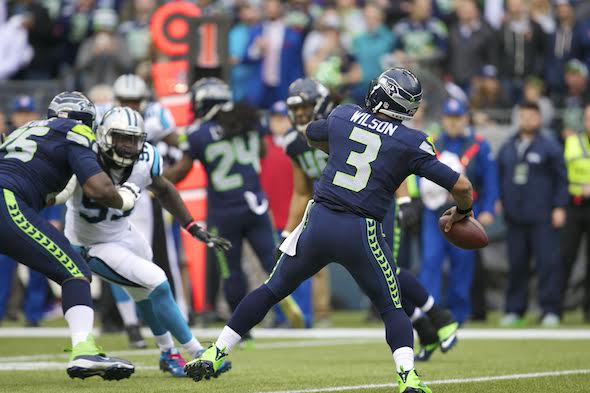 According to both AccuWeather.com. and the National Weather Service, Sunday’s temperature forecast for Minneapolis, where the Seahawks are a five-point pick over the Vikings, will hover between 0 and 3 degrees. But with an expected 10-15 mph wind chill, it will feel more like -9 at TCF Bank Stadium, where fans will be provided free hand warmers, blankets and “Caribou Coffee” to help them brave the elements. Flasks of brandy would help, but they’re apparently illegal inside the University of Minnesota stadium.

Mike Zimmer, the former Washington State assistant who oversees the Vikings, embraces the fact that the expected high of 3 is 12 degrees lower than Sunday’s National Weather Service forecast for the North Pole, 15 degrees.

“I actually love it when it’s that cold,” Zimmer said earlier this week. “We get to use it to our advantage. You get teams that aren’t used to playing in cold-weather games and it can help you. It’s a mental thing. I’m a big fan of it actually.”

Zimmer said that the Vikings, steamrolled by the Seahawks 38-7 a month ago, have a lot of cold-weather experience, citing three games to make his point.

The Vikings won all three games to which Zimmer referred, defeating the Panthers 31-13, the Giants 49-17 and the Packers 20-13.

The Seahawks have never played in temperatures as frigid as 3 degrees, in fact winning only once in 40 years when the temperature dipped below 30 (won at Denver Dec. 3, 2006 in 16-degree weather). In all games in which the temps fell below freezing, the Seahawks are 4-9, including 0-3 in playoff contests. But these Seahawks don’t seem concerned.

“No, not really,” said CB Richard Sherman. “It’s not as bad as it used to be. You’ve got heaters on the sidelines. You’ve got heated seats. You play for 20 minutes and you get off the field. It’s not a huge deal. We’re not consciously thinking about it going into a game like this.”

Russell Wilson: “You just play normal football. Growing up as a kid, I always played in the snow. So it shouldn’t be a factor at all.”

While most figure the cold favors the Vikings (Minnesota’s Athlete of the Year, after all, is usually an ice fisherman), that may not be necessarily true. The Vikings spent more than 30 years in the balmy Metrodome and haven’t played in temps under 10 since 1981, well before Adrian Peterson was born. On the other hand, study the 10 “coldest” games in NFL history.

The home team won six of the 10 coldest games. Of more interest is the fact that only one West Coast team, the 1981 Oakland Raiders, ever won an insanely cold game.

When the Seahawks and Vikings met Dec. 6, also at TCF Bank Stadium, in a 35-degree shiver, Seattle romped as Wilson tossed three touchdown passes and ran for another. The Seahawks won’t have Thomas Rawls, who had 101 yards that day, nor will they have Marshawn Lynch, who declared late Friday that, despite mid-week optimism he would start, he won’t be able to go.

The asterisk to Seattle’s offensive domination Dec. 6 is that three of Minnesota’s best defensive players were roaming the sidelines with injuries. The Vikings were missing Harrison Smith, a pick-six virtuoso, linebacker Anthony Barr and nose tackle Linval Joseph, Minnesota’s best defender before he suffered a hip injury. Joseph is questionable Sunday with a toe ailment, but the other two are expected to play.

That has helped reduce Seattle to a five-point pick to advance to the divisional round. If the Seahawks get there, it may be – ironically – because of the cold weather and Wilson’s hands.

Statistically, kickers struggle in cold weather. According to the NFL, when kickoff temps fall below 10 degrees, kickers have gone a combined 52-for-78 on their field goal tries since 1990, 66.7 percent. When the temp is above 10 degrees, they have converted 79.6 percent.

None of this year’s playoff teams depend on their kicker more than Minnesota, one of five teams in the NFL this season to tally more field goals (34) than offensive touchdowns (32).

Wilson’s unusually large hand size – 10 ¼ inches from end of thumb to end of pinky – will give him an advantage in the cold (hand size is one of the reasons the Seahawks drafted him). Teddy Bridgewater’s hands measure 9 ¼. In its 2014 pre-draft scouting report on Bridgewater, NFL.com wrote, “He has a very lean, narrow frame with limited bulk and small hands. He does not drive the ball with velocity down the field and can be affected by cold weather.”

Cold weather also leads to turnovers, the key factor in deciding most NFL games. In the 10 cold-weather contests listed above, the teams collectively averaged six turnovers. With his oversized mitts, advantage Wilson.

Bridgewater, by the way, will be making the first playoff start of his career, and first-time playoff starters (since 1990) win less than 40 percent of the time.