Another cold day greeted a Seahawks playoff game, but they were warmed by the presence of RB Marshawn Lynch, ready for his first game action since Nov. 15. 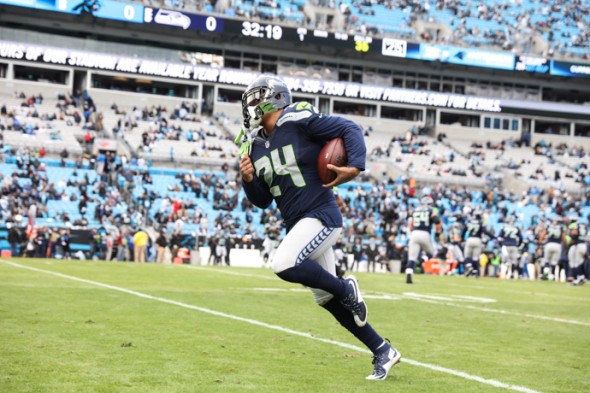 CHARLOTTE — He made the bus. He made the plane. He made it to Bank of America Stadium. RB Marshawn Lynch was present for the Seahawks NFC divisional game with Carolina Sunday.

A few snowflakes arrived too, in the early morning. A winter weather advisory was in effect until 8 a.m. ET., but was nowhere near the subzero temperatures in Minneapolis the past week.

For Charlotte, it was definitely chilly — high 30s with a steady breeze. By game time, rain clouds gave way to occasional sunbreaks.

Lynch was seeing his first game action since Nov. 15 after hernia surgery Nov. 25.