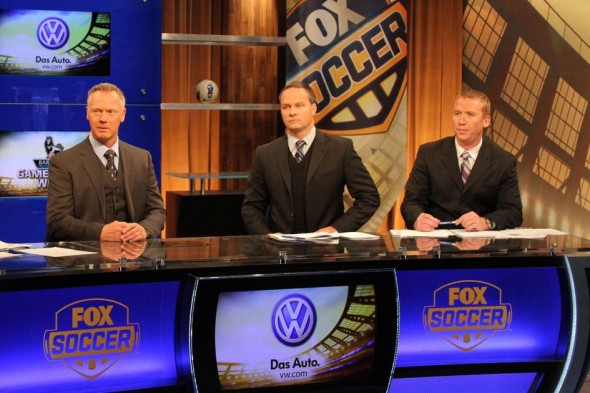 The Seattle Sounders announced Wednesday that FOX Sports’ Keith Costigan is their play-by-play broadcaster for TV, and tapped longtime pre-match radio host Matt Johnson to do play by play on the radio. For the first time, Seattle will have separate broadcasts for local radio and TV.

Costigan, from Dublin, began his playing career in the League of Ireland with Bray Wanderers and Monaghan United, before playing collegiate soccer in the U.S. and a two-year spell with the USL Portland Timbers. From there, he joined FOX Soccer Fridays, initially as a ponytailed barman behind a faux bar on set.

From there, Costigan impressed Fox’s media heads with his insight and wit, moving up the ranks to his current role in a play-by-play capacity for FOX’s Bundesliga and Europa League broadcasts, duties which he will continue while with the Sounders.

Costigan said that he was traveling to England when he got the call, saying that the Sounders play-by-play job was open following Ross Fletcher’s departure from the club.

“I came up here for a visit, and I talked to several people, other people in the industry, too,” said Costigan. “The consensus was that this is the big gig in MLS, so I worked with my bosses at FOX and figured out a way that this could work and that I could give one hundred percent to the team.

“I’m absolutely delighted to be on board.”

Johnson is a familiar voice to those who follow the Sounders via radio; he served as the pre-match, halftime,and post-match radio host from 2009 to 2014. Johnson spent 11 seasons with the Seattle Seahawks as executive producer of the Seahawks Radio Network, after almost a decade at 950 KJR in Seattle.

Previously, the game audio on the radio broadcast used the same audio feed from the televised feed, but that is set to change with Johnson’s expanded duties.

Johnson said that he was glad to return to the Sounders and remain in his native Seattle.

“To come back to my hometown soccer club is an absolute dream come true,” Johnson said in a club statement. “I would like to thank Adrian Hanauer, Joe Roth and Bart Wiley for extending this opportunity to me that I could not pass up.

“I remember watching Sounders games in Memorial Stadium, the Kingdome and being part of that first MLS match in 2009 vs. the New York Red Bulls. To say that I’m coming back to Sounders FC is a feeling I can’t put into words. I have traveled the world watching this great game, and the atmosphere in Seattle very much compares to every venue that I have been lucky enough to visit.”