Seahawks face another major gauntlet in 2016

The Seahawks’ 2016 strength of schedule is tied for fifth toughest, based on oppoents’ 2015 records. A year ago, they played the fourth-toughest slate. 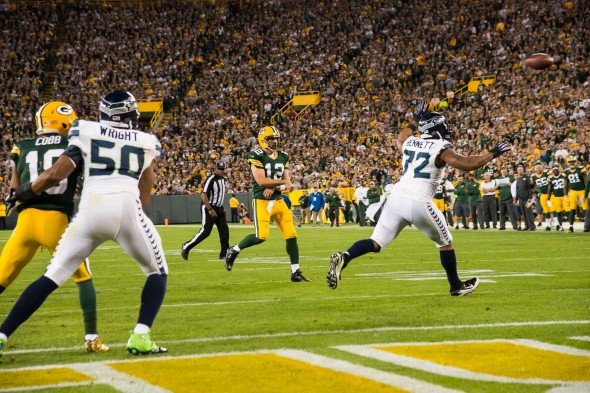 The Seahawks will go on the road next season to face QB Aaron Rodgers in Green Bay./ Jonathan Nesvig, Sportspress Northwest

The Seahawks have been assigned the fifth-toughest schedule in the NFL next season, highlighted by a CenturyLink Field rematch with the Super Bowl runner-up Carolina Panthers (15-1) and road games at New England (12-4) and Green Bay (10-6), both of which reached the divisional round of the playoffs last year.

Strength of schedule is based on the combined records of 2015 opponents. Seattle’s opponents went 139-117, tied for fifth with the Tampa Bay Buccaneers.

The NFL has not announced dates or kickoff times for its 2016 regular-season games.

Last year, the Seahawks played the fourth-toughest schedule en route to a 10-6 record and eventual elimination by the Panthers.